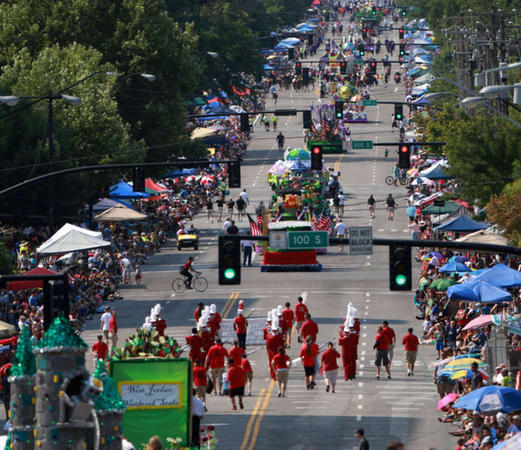 From rodeos to races, the Days of '47 offers a variety of events to celebrate Pioneer Day.

The second of two performances begins at 8 p.m. Saturday, with Osnes joining the Mormon Tabernacle Choir and Orchestra for "Music for a Summer Evening."

First Encampment hike: The pioneer children walked and walked across Utah, and children in Utah can walk in their footsteps at 7 a.m. Saturday.

Registration for the 5-mile hike is free. There will be a $3 pioneer breakfast of buckwheat pancakes and old-fashioned bacon at the end of the hike.

Days of '47 KSL 5 Parade: An estimated 200,000 people will gather at the parade route at 9 a.m. Friday to watch roughly 60 floats travel along South Temple at State Street, turn south at 900 South then east at Liberty Park at 600 East.