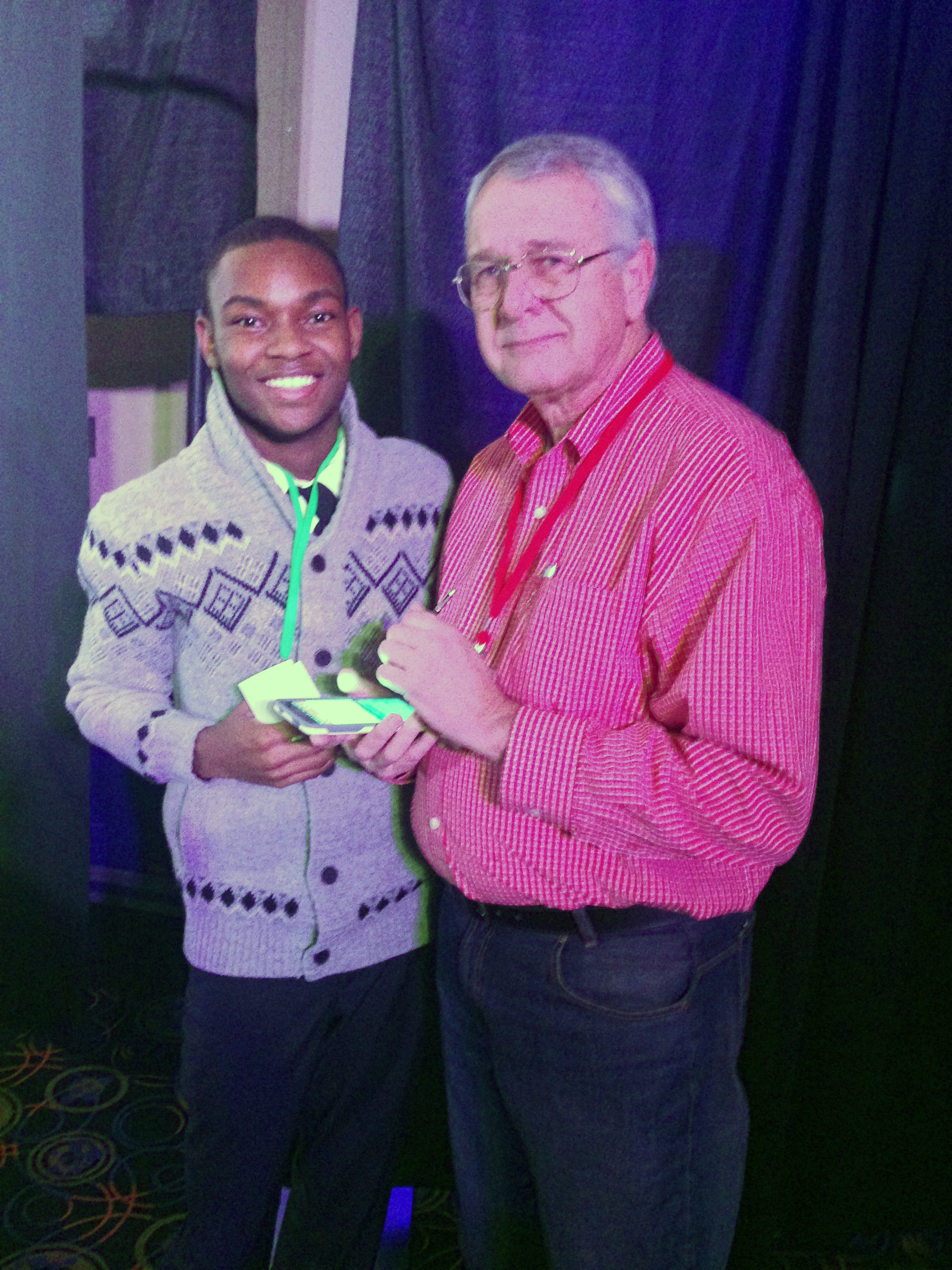 A game of Rock-Paper-Scissors led to a heart-warming display of generosity not once, but twice, during a recent gathering of students, staff, and faculty of LDS Business College.

The setting was the college’s second annual Learn 2 Earn, or L2E, conference in Salt Lake City featuring speakers from the business and sports worlds delivering motivational and inspirational messages to LDSBC students as they prepare to enter their future professions.

During a break in the talks, a representative of Deseret First Credit Union, the main sponsor of L2E, asked the hundreds in attendance to participate in a mass game of rock-paper-scissors. After several rounds, the final two competitors came down to LDSBC student JaQuavious Harris and Zen Featherstone, whose career included positions in finance and accounting with The Church of Jesus Christ of Latter-day Saints.

In the head-to-head battle, Zen won and received a $750 donation from Deseret First Credit Union for tuition or to deposit to a Mission Savings Fund with Deseret First.

For a moment, anyway.

Zen, in a touching turnabout, promptly handed over the donation to young JaQuavious, who is preparing to serve in the Argentina Buenos Aires West Mission.  “These opportunities were absolutely given me to from God and I know this is true,” said JaQuavious.

Witnessing this, an anonymous donor immediately came forward and matched the donation to give a grateful JaQuavious an unexpected boost of $1,500 to his mission fund.

Spontaneous, unbelievable, beautiful. Deseret First Credit Union is proud to be a part of this.