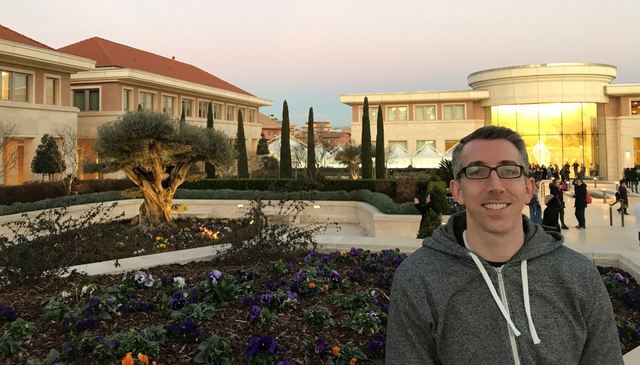 In the days following the policy release in November 2015, I got so many messages from friends making sure that I knew that I was loved, cared for, and wanted in their church. I dutifully recorded many of their names in my journal so that their acts of kindness would be remembered. In the long list of names, I included “some random girl who read one of my old blog posts and emailed me.” Instead of being erased, I was remembered and ministered to.

A few days later I met with the members of the support group I had started two months earlier for LGBTQ Latter-day Saints in Tucson, Arizona. We were small back then. Five of us got together that day: an L, a G, a B, and two allies. One of the allies cried with us. Paul, one of the group members, recommended that we share our stories more openly to help people understand the LGBTQ Latter-day Saint experience. And that’s what we did. The next day I wrote: “I also realized that criticizing the Brethren is not the right course of action. The right thing to do is to share how it affects me personally, to tell my story.” And so we talked and shared and hundreds of people in Tucson came to my house and many other homes to hear our stories.

Two years later, when general conference was approaching after President Nelson became the president of the Church, I still had unsettled questions. I needed a witness from the Holy Ghost. I needed to know that Heavenly Father was leading His Church and that the prophet and apostles were the men He had called, even if the November 2015 policy didn’t feel right in my mind or in my heart.

So I got in my car the Saturday morning of conference and drove to a church so I could participate in the solemn assembly with other saints, but the church was empty. So I drove to another one and it was locked. And then another one and it was locked, too. By this time I just needed to be somewhere to watch the meeting because it was about to start. So I watched the session on my laptop alone in my bedroom. When the Melchizedek Priesthood holders were asked to stand, I stood up by myself in my room, dressed in a white shirt and tie, and raised my arm to the square to sustain men I didn’t know for certain were called of God. In that moment a wave of the Spirit rushed over me. I felt it in my whole body, but especially in my heart, that President Nelson and the apostles had been called to lead at this time. I sat down and started to weep, grateful for the witness I had been given. And in an exceptionally cheesy moment, two tears landed on my knee and made a heart shape on my pants.

The rest of the conference was amazing and President Nelson’s multiple invitations to the members of the Church resonated deeply with me. I had spent three months doubting his call, but now I no longer doubted because the Spirit testified to me that God had called President Nelson to lead the Church. Since that day, I have felt the Spirit testify again and again that he is our prophet.

Then on April 4, 2019, I was sitting in class at BYU when the Church announced the reversal of the November 2015 policy. I didn’t know what to do, so I stepped out of class and sat down in the hallway. I wanted to feel all my feelings. I felt compelled to say a prayer of gratitude that what I’d been praying for three years had finally happened. I wanted to cry to just let my emotions out, but they didn’t come.

When I returned to class my teacher allowed me to tell everyone what had been announced. People were shocked and happy and congratulatory and there was joy in the room. I felt all those feelings, too. Throughout the rest of the day, I wanted to just deeply feel this experience, but I didn’t. And then last night, as I was writing in my journal, I just began to sob and sob (I believe it’s called “ugly crying”). And this is the memory that finally let me feel my feelings.

After class, I sat and talked with a number of my classmates about the announcement and what it meant to me. Candi, my 58-year-old conservative classmate, gave me a long, long hug and said, “Ben, I want you to know how much I love you and admire you. You have taught me so much.” And then another classmate gave me a hug and told me that the policy had been hard for her, too, and that she was glad we could start to move on. Precious gifts.

So why did remembering those two hugs finally let me release all my feelings? Because over the past three years I feared being erased. What I need to know is that I belong. And my classmates made it abundantly clear that I belong in their lives. They literally and figuratively embraced me that day. As a gay, single, 35-year-old member of the Church, I don’t always feel that I fit in. My life certainly doesn’t look the way I thought it would. But belonging is about far more than fitting in. Belonging means that the people in my life take me as I am, differences and all. The Latter-day Saints in my life have made it clear again and again that they love me and claim me.

While I am thrilled about the recent change, that happiness is muted by the pain and hurt that my LGBTQ siblings are still experiencing. For many, this shift in policy brings past pains to the surface again. The hurt is real and it is valid, even if I don’t feel it myself. I don’t get to tell them what they should be feeling; I just try to feel what they’re feeling with them. And isn’t that the point of our baptismal covenants? When someone is mourning we mourn with them. I have celebrated in my heart yesterday and today, and I have mourned with friends.