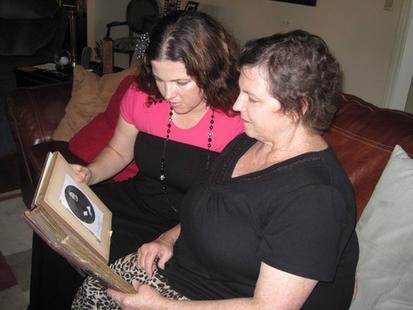 Sisters in the Fallbrook 1st Ward of the Vista California Stake of The Church of Jesus Christ of Latter-day Saints had a summer soiree on Aug. 23 in which they were asked to submit a story about the first women in their families to join the church. The stories were put into a book for each of the sisters. Many had to go to their genealogy to discover the first woman who joined the church.

Nikole Tobler and her mother, Robyn McClellan, decided it was Nikole's great-great-great-grandmother, Matilda Lawrence Price, who was born in the small village of Bronsgrove, England, in 1821. Matilda's mother died two years after she was born, and her dad worked in a faraway city. She was left for her grandmother to raise. When Matilda was 15, her grandmother died. Matilda then became an apprentice dressmaker. She married Edward Price, and her married life was tranquil and happy, although she lost seven of her 15 children.