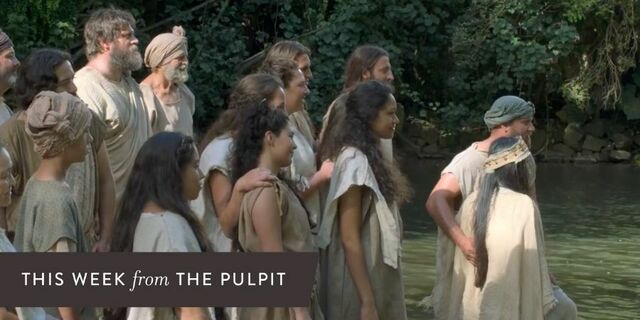 General Authority Seventies explore questions: What does it mean to ‘consign’ ourselves to the Lord? When do we ‘sing the song of redeeming love?’

Editor’s note: “This week from the pulpit” highlights recent messages by Church leaders.

This week, speaking independently of one another, General Authority Seventies Elder Jack N. Gerard and Elder Vern P. Stanfill explored questions based on scriptural passages found in Helaman and Alma. They explore the meaning of the words used by these ancient prophets and how they apply to us today. In addition, Elder David A. Bednar shared a video on Facebook with footage from a recent visit with Sudanese officials who came to Salt lake City. Brother Brad R. Wilcox also shared a video of an interview he conducted with Sister Michelle D. Craig and Sister Becky Craven of Young Women General Presidency. Read takeaways from this week's addresses, watch these videos, and see other social posts from more Church leaders below.

What Does It Mean to ‘Consign’ Oneself?

Do you ever wish that you lived during a different time? Elder Jack N. Gerard of the Seventy told students at BYU–Hawaii that they are not alone if they wish they didn’t have to deal with some difficulties of the present day. He provided examples including Nephi, the son of Helaman, who wrote that he wished he could have lived during the days of his forefather and namesake, Nephi, son of Lehi.

“I don’t recall that father Nephi, some 500 years earlier, had such an easy time with his brothers Laman and Lemuel, and that the hardships they endured traveling through the wilderness were all that easy,” Elder Gerard said.

But then the son of Helaman says something interesting: “Yea, if my days could have been in those days, then would my soul have had joy in the righteousness of my brethren. But behold, I am consigned that these are my days.”

Elder Gerard went on to explain that consigned means “to give over to another’s care” or “to give, transfer, or deliver into the hands or control of another.” According to Church News, Elder Gerard pointed out that “the ultimate consignment comes when the invitation to ‘let God prevail’ is heeded.”

“When we are consigned,” Elder Gerard taught, “we turn ourselves over to the Lord who will make us something greater than we could ever imagine.”

How Do We ‘Sing the Song of Redeeming Love’?

Alma the Younger asks an interesting question in the Book of Mormon: “And now behold, I say unto you, my brethren, if ye have experienced a change of heart, and if ye have felt to sing the song of redeeming love, I would ask, can ye feel so now?” (Alma 5:26).

Earlier in the same chapter, we read, “their souls did expand, and they did sing redeeming love.” Elder Vern P. Stanfill explored this “song of redeeming love" as he recently spoke to BYU-Pathway Worldwide students.

“What does it mean? When does it happen? How does it manifest itself? Who is it for?” he asked.