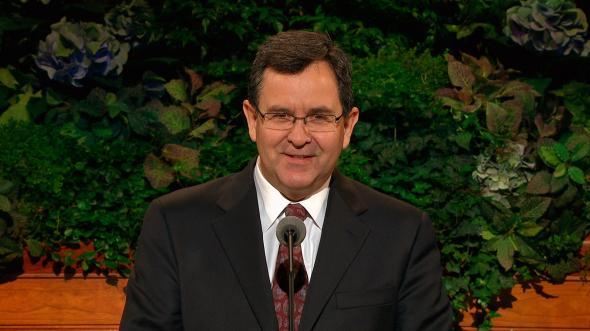 Earlier last month rumors were spreading that some general conference speakers would be giving their addresses in their native language.

Turns out the rumor was true.

Church spokesman Dale Jones announced that speakers "whose primary language is not English now have the choice to deliever their talks in their native tongue." He went on to explain that English subtitles will be shown on screens in the Conference Center and a live English interpretation will be provided for all other English-language broadcasts including staellite, cable, television, and the internet."

This will be a great opportunity for speakers and members whose native language is not English to share and understand messages more powerfully, and will coincidentally give English-speaking members a little glimpse of what conference has always been like for non-English speakers.

Creating subtitles for a live broadcast may also prove to be a challenge, but we look forward to seeing how it all works out!

Now the big question everyone is asking is whether or not President Uchtdorf will choose to speak in his native German. What do you think?