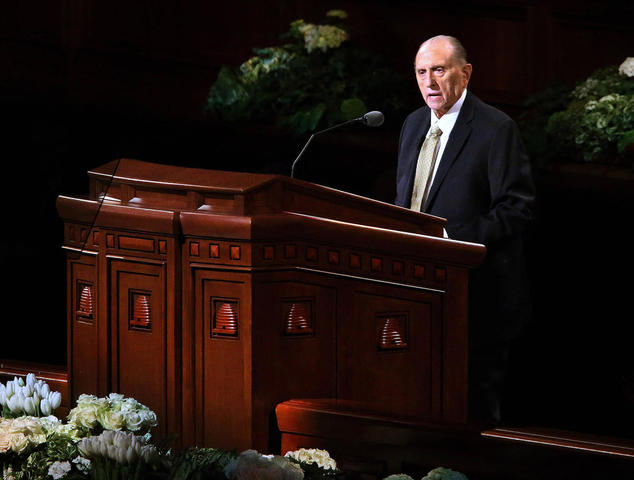 For 20-plus years, the LDS Church president has presided, been present and spoken publicly in at least one of the church's biannual general conference sessions.

That may not be the case this fall, given that President Thomas S. Monson, president and prophet of The Church of Jesus Christ of Latter-day Saints, is dealing with incidents related to age. After giving two very brief addresses in the previous April 2017 conference and then being hospitalized briefly afterward, he may not speak at the October 2017 general conference and may not attend.

Since 1994, the three most recent church presidents — President Monson, President Gordon B. Hinckley and President Howard W. Hunter — all had attended at least one session of general conference and given one talk during each conference during their tenures of presiding.