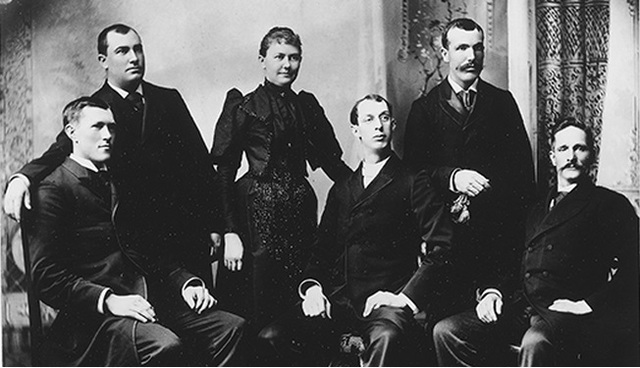 George Albert Smith's Miraculous Survival from a Mob Attack: "The Room Filled with Shots--Splinters Flew Over Our Heads"

MR says: Read this incredible story of how the Lord preserved George Albert Smith's life when a mob of men violently attacked him while he was serving a mission.

In 1892 George Albert Smith was called to serve in the Southern States Mission with President J. Golden Kimball, less than a month after getting married to his wife, Lucy Emily Woodruff. . . .

The zeal and good spirit possessed by Elder Smith were never more greatly illustrated than in an experience shared with President Kimball. It took place when they were spending the night in a small log home. George Albert Smith later recalled:

“About midnight we were awakened with a terrible shouting and yelling from the outside. Foul language greeted our ears as we sat up in bed to acquaint ourselves with the circumstances. It was a bright moonlit night and we could see many people on the outside. President Kimball jumped up and started to dress. The men pounded on the door and used filthy language ordering the Mormons to come out, that they were going to shoot them. President Kimball asked me if I wasn’t going to get up and dress and I told him no, I was going to stay in bed, that I was sure the Lord would take care of us. . . .