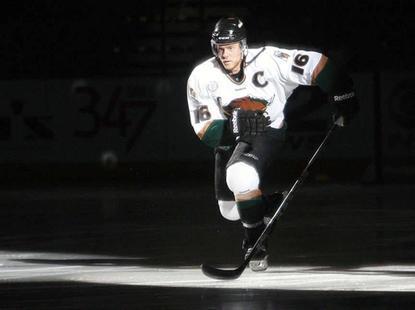 Brad Mills knew he was ruining his hockey career.

His pattern of late-night partying typically left him dehydrated the next day and translated into injuries and poor performances. As a result, the center/wingman was struggling in his role as a “depth” player for the Lowell Devils, an American Hockey League affiliate for the New Jersey Devils. It was like he was living in a dark cloud, he said.

“I was getting injured a lot because my drinking was getting bad,” Mills said. “Then it started to click for me, 'OK, this is connected; I'm partying and then I'm getting hurt. Time to cut that out.' Once I did that, the path became a lot clearer.”