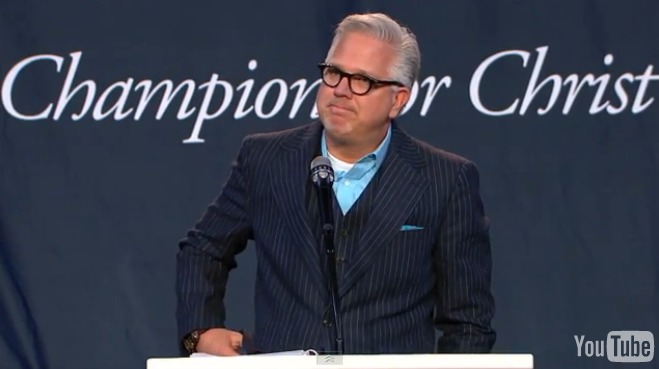 Beck, a member of The Church of Jesus Christ of Latter-day Saints, was invited to give a sermon on April 25 as the institution’s final convocation meeting of the semester on a message about Jesus Christ and miracles. Beck had previously received an honorary doctorate from Liberty in 2010 after delivering the commencement speech.

He began his speech saying, “I would ask the Lord to be present and to guide my words. I got up this morning with a very different message planned for you today. And I asked my team to gather around my bed in the hotel to get down on bended knees to pray. And I begged the Lord for forgiveness.”