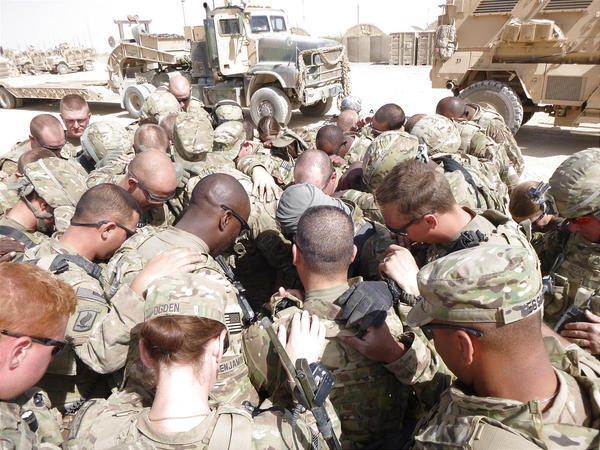 Twenty-year-old Brady Knowles doesn't look the part of a lance corporal in the U.S. Marine Corps specializing as a field radio operator. With glasses, freckles, a bookish demeanor and a shock of red hair, he looks more the part of Harry Potter than Captain America.

But these days you won't see him in either fatigues or a red, white and blue superhero costume. Instead you'll see him wearing the white shirt and conservative tie of a full-time missionary for The Church of Jesus Christ of Latter-day Saints.

While some in the LDS Church have felt Mormon young adults have to choose between serving full-time missions for the church and enlisting in the military, Elder/Lance Cpl. Knowles is part of a significant number of Latter-day Saints who are finding meaningful ways to serve both God and country.