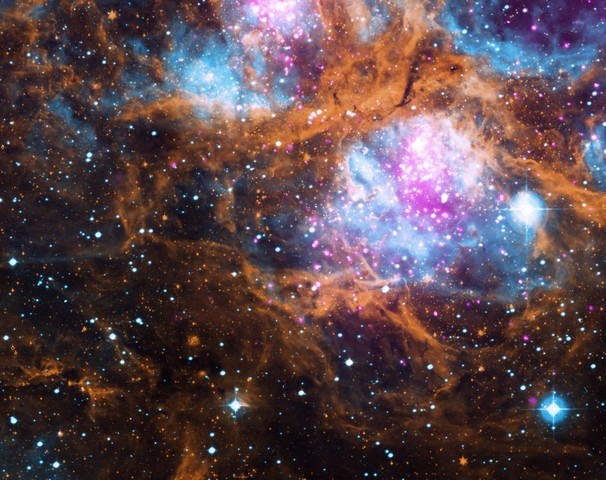 Conference Talk: For more information on this topic read "The Only True God and Jesus Christ Whom He Hath Sent," by Jeffrey R. Holland, Ensign, Nov 2007, 40-42.

Thought: We declare it is self-evident from the scriptures that the Father, the Son, and the Holy Ghost areseparate persons, three divine beings (Jeffrey R. Holland, "The Only True God and Jesus Christ Whom He Hath Sent," Ensign, Nov 2007, 40-42).

Lesson: Invite your family to list the three members of the Godhead. Then talk about whether themembers of the Godhead are three separate beings or one person (See D&C 130:22). Read Mosiah 15:1 and ask: "Which member of the Godhead came to earth and was born of a virgin?" (Jesus). "What name was Jesus known by in the Old Testament?" (See D&C 110:1-4). From what you've just learned, who was Abinadi referring to when he said, "God himself shall come down among the children of men"?Families with older children can also read Mosiah 15:2 and ask: "How is Jesus Christ both the Father and the Son?" Write the following statement on a piece of paper and show it to your family: "All fathers are sons, but not all sons are fathers." Discuss whether or not your family thinks that statement is true, and help them understand what it means. Elder Jeffrey R. Holland explained, "There are ways in which Christ is so united with His Father that in some assignments He rightfully plays a fatherly role and rightfully bears the title of Father in doing so," (Christ and the New Covenant, p. 183). To help more fully explain this difficult doctrine, you may wish to review the following scriptures with your family: Hebrews 1:2; Moses 1:33; D&C 19:16 (Dennis H. Leavitt and Richard O. Christensen, Scripture Study for Latter-day Saint Families: The Book of Mormon, [Salt Lake City: Deseret Book, 2003], p. 131..

Helen Patten was in the fifth grade when she began writing to a pen pal by the name of Charlotte Alvoet in Dundee, Scotland. Helen told her what she did in Primary, later Mutual, and sent pictures of the Church's temples and other buildings, and places of interest in Utah. An elder from Helen's ward, Bruce Draper, was called on a mission to Scotland. Since Helen secretly wished that she might teach the gospel to Charlotte, she wrote a letter to Elder Draper, telling him about Charlotte and giving her address in case he should be assigned to work in Dundee. About a week later Charlotte wrote to Helen telling her of the visit of two "Yanks." It so happened that Charlotte had gone to a concert, so she was not home when they first called. The elders waited about two hours for her return but finally they had to leave. They left word with her grandmother that they wanted to call again the following Saturday. Charlotte returned home about 15 minutes after they left. When she heard of the visit, she was so anxious to see these young men that she wrote to Helen that she could hardly wait for the next Saturday to come. The next letter Helen received began, "Guess who was baptized yesterday! Guess who will be confirmed tomorrow! Guess who is the happiest girl in the world! ME ME ME!" She went on to write that both she and her mother had been converted in only two weeks. Subsequent letters told of her interest in church activities, her new friends, and her part in the branch's roadshow. On August 21, she wrote the following:

"I just had to write this to you. I absolutely had to. I guess if I did not I would burst. Oh, the marvelous happening all because of being a Mormon. I must tell you from the beginning or I'll get too mixed up, "You see, [my school] is a Presbyterian school, where pupils of all Protestant faiths attend (Methodists, Episcopalian, and all that). In school we have one period each week for instruction in religion, and this is in the Presbyterian faith. Well, when I was baptized, there was little change since all we did was read the Bible. But this year our teacher decided that our religion period should be informal and should be a period for debate, so he said he would ask us to write one question that he would try to answer and that the class would discuss. I didn't ask one question—I asked six! I knew all the answers, but I wanted to explain our teachings and doctrine to him . . . [One of the questions I asked was concerning] the nature of the Godhead (if they were three in one or three separate beings). None of my friends had questions, so mine were all copied. Well, a fortnight later (yesterday) the teacher decided that we would discuss the question concerning the personality of our Father in heaven. He blithered on for a wee while about heathens and atheists. Then we got down to business. I brought up the belief of some, that our Father, Jesus Christ, and the Holy Ghost are three in one. Since we don't believe that, I told him so. He asked me for proof, and was he surprised when I rattled off a list of scriptures! You see, I had sat up the night before reading the books I was given when the elders were teaching me. I read scriptures concerning our Father being separate from Jesus Christ and the Holy Ghost. After I had proved my point that they were not three in one, my master went on to another subject, saying, 'Of course, we all know God is a spirit,' and I read more scriptures about our Father in heaven having a body, hair, eyes, and back parts. It was marvelous. One thing led to another, and soon I was deep in telling the class the Joseph Smith story. I was inspired, and I know I had the Holy Ghost and the Spirit of the Lord within me as I talked. At the end I took over the class and was answering questions. Now 21 people know about Joseph Smith and heard my testimony as I bore it to them. They also saw the Book of Mormon. May God bless you always,

Activity: Make a collage. You will need a big piece of paper, old magazines, scissors, and paste. Find pictures in the magazines of things God made and cut them out. Paste them on the paper (Ann Laemmlen and Jackie Owen, Articles of Faith Learning Book, [Salt Lake City: Deseret Book, 1990], p. 16).