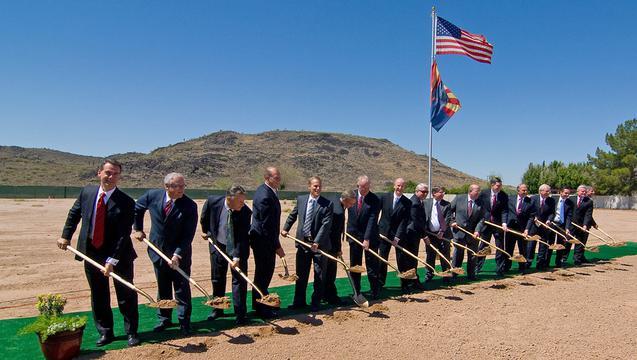 Officials from The Church of Jesus Christ of Latter-day Saints joined with community leaders in Phoenix, Arizona, on Saturday, 4 June 2011 to break ground for a new temple.

Elder Ronald A. Rasband of the Presidency of the Seventy presided at the ceremony. He was joined by the Executive Director of the Temple Department, Elder William R. Walker, Elder Michael D. Pickerd and Elder Jim L. Wright of the Seventy and Ann M. Dibb, second counselor in the Young Women general presidency. Several community and civic leaders also attended, including Arizona Secretary of State Ken Bennett, State Majority Leader Steve Court and the vice mayor of Phoenix, Thelda Williams.