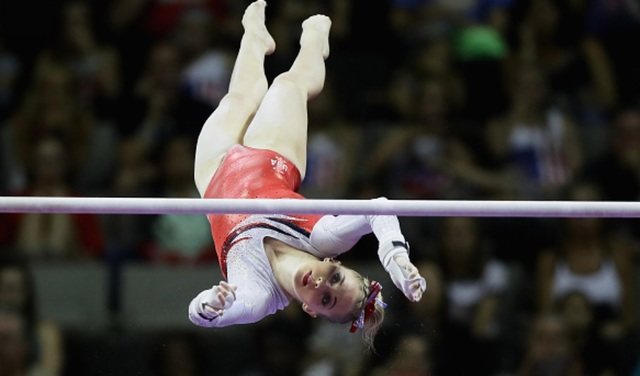 Gymnast on U.S. National Team Shares How Prayer, the Gospel Are Helping Her on Path to the Olympics

“Having God close by has really helped me to keep going and get answers,” MyKayla Skinner said. “The challenges in life can get so hard at times. But I feel like you can’t give up until the very end. You have to keep pushing for those goals and dreams.”

But you can aptly add MyKayla Skinner’s “161” to that list of iconic streaks. That’s how many times the Latter-day Saint athlete performed individual events in college competition (including the balance beam, uneven bars and the vault) without taking a fall.

It’s a streak that may outlast DiMaggio’s.

So what happened just seconds into Skinner’s opening routine on the balance beam on the concluding day (Aug. 11) of the 2019 U.S. Gymnastics National Championships?

She stumbled and fell.