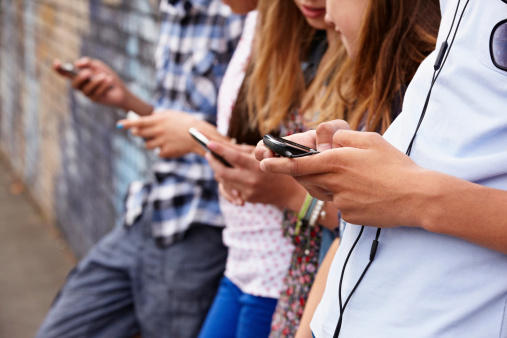 Despite many people, including Elder Jeffrey R. Holland, BYU quarterback Tanner Mangum, University of Utah long snapper Alex Whittingham, coming forward and bravely discussing their own struggles with depression and/or anxiety, stigmas about mental illness are all too alive today.

And sometimes among Church members, these stigmas exist.

Though mental illness affects one in every five Americans, according to www.nami.org, there are still people, even among Church members, who don't believe illnesses like depression, anxiety, bipolar disorder, OCD, and others are serious, medical conditions that require treatment.

► You'll also like: 7 Dangerous Myths We Tell Ourselves About Mental Illness

And in a series of Twitter posts, Hank Smith illustrated how badly these stigmas need to stop, especially among Mormon members.

A friend (with depression) today: "I've been told I have a good life and if I kill myself I'll definitely go to hell."

Someone with depression doesn't need a pep talk or more advice. They need you to get them to doctor/counselor who knows what they're doing. — Hank R. Smith, PhD (@hankrsmith) September 15, 2017

Depression is a real disease of brain chemistry. You can't "snap out" of any disease. Telling someone to be more grateful does not help. — Hank R. Smith, PhD (@hankrsmith) September 15, 2017

Wow. "Perhaps this is something you could ponder from your church pew."

Combined, these five Twitter posts received hundreds of likes and shares, not to mention interesting conversations about how ward members can help those experiencing mental illness.

A day after tweeting these posts, Smith also posted on Facebook, explaining what prompted him to create this conversation around mental illness and stigmas among Church members.

I went a little crazy on Twitter yesterday. When are we going to get rid of this stigma? I had the most frustrating conversation with someone who is really suffering. She is getting zero help from family and friends. Only advice on a having positive attitude, being more grateful, and choosing to be happy. Someone even said, "You have a really good life so if you kill yourself, you'll definitely go to hell." I'm sure not every LDS family and ward are like this, but when we lose just one to suicide, we've failed. Frustrating.

Though these toxic stigmas surrounding mental illness definitely don't exist among all Church members, it's important to be mindful of how to help ward members who are experiencing mental illness, as well as any other illness or medical condition.