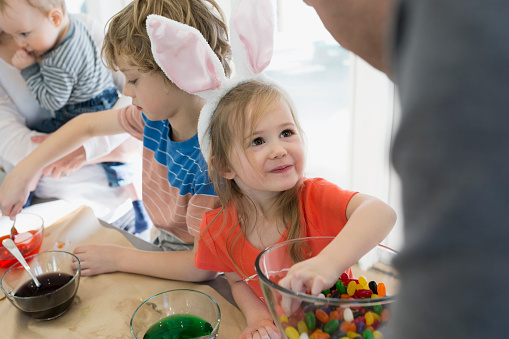 Hank Smith: Why Easter Is and Should Be the Most Important Holiday

Each spring, the Lord teaches us that life and warmth follow the fall and the winter. The “fortunate fall” of man brought about spiritual and physical death (Daniel K Judd, The Fortunate Fall: Understanding the Blessings and Burdens of Adversity). These deaths, crucial to the Lord’s plan of salvation, were meant to be overcome. With the budding of the trees and flowers, God teaches us each year that life overpowers death, warmth replaces cold, and light banishes darkness. Martin Luther is credited with saying, “Our Lord has written the promise of the resurrection, not in books alone, but in every leaf in spring-time” (Watchwords for the Warfare of Life from Dr. Martin Luther (New York: M. W. Dodd, 1869), 317).

Why Easter Is the Greatest Holiday

If grading by the significance of what is being celebrated, Easter could be (perhaps should be) thought of as the most important of all the modern holidays. The Resurrection is the “greatest of all events in the history of mankind.” President Dieter F. Uchtdorf wrote, “On Easter Sunday we celebrate the most long-awaited and glorious event in the history of the world. It is the day that changed everything. On that day, my life changed. Your life changed. The destiny of all God’s children changed. When I think of what the Savior did for us . . . that first Easter Sunday, I want to lift up my voice and shout praises to the Most High God and His Son, Jesus Christ! The gates of heaven are unlocked! The windows of heaven are opened!” (Dieter F. Uchtdorf, “The Gift of Grace,” Ensign, May 2015, 107–11). For believers, the Easter holiday is a personal recognition of devotion to a literally resurrected Lord.

The scriptures are rife in the reassurance that not only did Christ rise from the dead but all mankind will follow Him through their individual resurrection. Wrote Phillips Brooks, “Let every man and woman count himself immortal. Let him catch the revelation of Jesus in his resurrection. Let him say not merely, ‘Christ is risen,’ but ‘I shall rise’” (Phillips Brooks, The Spiritual Man and Other Sermons (London: R. D. Dickinson, 1895), 151–52). The promise is sure. Without any doubt, without any uncertainty, Christ’s followers declare each individual will see, hear, talk with, laugh with, and embrace their cherished loved ones again. Their kind mother, their gentle father, their grandparents, their siblings, their best of friends—all will live again. Is there any more important message in all the world? 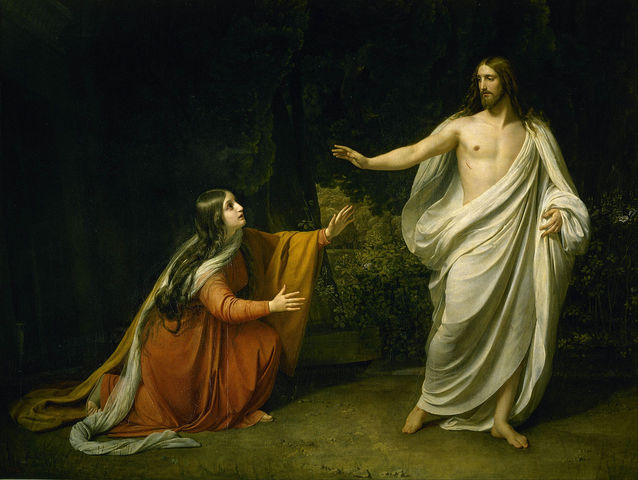 The Merciful Hope We Find in the Resurrection

The certainty of the Resurrection is the only force able to mitigate the shock and bereavement of losing a beloved family member or friend to death. No matter where we “search for peace,” every other source will “cease to make [us] whole” (Emma Lou Thayne, “Where Can I Turn for Peace?” Hymns, no. 129). While the deep pain of loss and trauma of a changed daily life is not taken away, the surety of the Resurrection of Jesus Christ can calm the stormy seas of the heart. We are bereaved, but such grief is, mercifully, only temporary. Because of Jesus Christ, “even the darkest night will end and the sun will rise” (Edward Behr and Claude-Michel Schönberg, The Complete Book of Les Misérables (New York: Arcade, 1989), 28). Our knowledge of the plan of salvation, the Fall of man, the role of death, and the Atonement of Jesus Christ enable us to mourn with hope.

In the April 2009 general conference, President Thomas S. Monson related the story of a member of the Church who was saved, both physically and spiritually, by her knowledge of a certain Resurrection. She and her family lived in East Prussia, but her husband was killed in World War II. She was left alone to care for their four children, the oldest being only seven. While fleeing Prussia for West Germany, a journey of over one thousand miles, she and her children were forced to gather food from fields and forests along the way. As they continued, the weather turned freezing. Without the necessary supplies, she and the children had little protection. One by one, this faithful sister lost each of her children to death—at times digging their graves with a spoon. Her grief was overwhelming and she contemplated ending her own life. President Monson continued:

And then, as these thoughts assailed her, something within her said, “Get down on your knees and pray.” She ignored the prompting until she could resist it no longer. She knelt and prayed more fervently than she had in her entire life: “Dear Heavenly Father, I do not know how I can go on. I have nothing left—except my faith in Thee. I feel, Father, amidst the desolation of my soul, an overwhelming gratitude for the atoning sacrifice of Thy Son, Jesus Christ. I cannot express adequately my love for Him. I know that because He suffered and died, I shall live again with my family; that because He broke the chains of death, I shall see my children again and will have the joy of raising them. Though I do not at this moment wish to live, I will do so, that we may be reunited as a family and return—together—to Thee.”

The woman eventually reached Germany, starving and emaciated. Shortly thereafter, she bore testimony in a Church meeting. She stated “that of all the ailing people in her saddened land, she was one of the happiest because she knew that God lived, that Jesus is the Christ, and that He died and was resurrected so that we might live again. She testified that she knew if she continued faithful and true to the end, she would be reunited with those she had lost and would be saved in the celestial kingdom of God.”

Among other hopeful doctrines, the woman must have been bolstered by the knowledge that her children and husband we together in the spirit world. They were now in the company of many family members, ancestors who had passed on before them. President Nelson once remarked, “Our limited perspective would be enlarged if we could witness the reunion on the other side of the veil, when doors of death open to those returning home” (Russell M. Nelson, “Doors of Death,” Ensign, May 1992, 72–74). . . .

Mourning with hope means celebrating the time spent in mortality with those we love. It means we look forward with anticipation to joyful reunions, both in the spirit world and in the Resurrection. Mourning with hope means placing all your hope in the power of the Lord Jesus Christ to return you and those you love to your heavenly home. It means acting in faith upon his commandments until you regain the presence and behold the face of your Heavenly Father.

This Easter season, strengthen your knowledge and testimony of the Savior by reading the words of inspiring speakers who expound on His life, His mission, His Atonement, and His influence in your life today. This volume includes talks given by six well-known speakers—Sheri Dew, Kevin J Worthen, Camille Fronk Olson, Eric D. Huntsman, Daniel K Judd, and Hank Smith—as originally presented at Brigham Young University's annual Easter Conferences in 2016 and 2017.