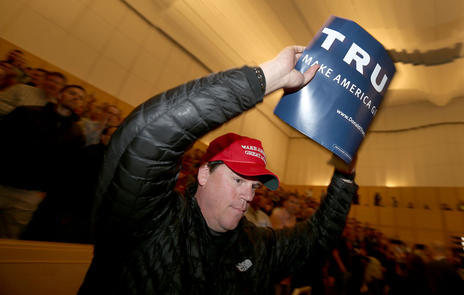 Why Everyone Is Talking About Mormons This 2016 Election

Could the presidential race cause another rise in the popularity of Mormonism in popular culture and politics? Will the new political focus on Mormons bring more interest in who we are and what we stand for?

There’s been so much attention recently on how Utah and members of the LDS Church feel about politics that we may, in fact, be experiencing a smaller-scale "Mormon Moment.”

Back during the 2012 presidential campaign, Time magazine asked whether or not Mitt Romney’s nomination to run for president signaled the beginning of a Mormon moment in pop culture. Romney’s time in the national spotlight came as The Book of Mormon musical rose to popularity on Broadway.

With so much Mormonism in the news back then, national media began to wonder if LDS Church members were experiencing a moment in which mainstream America “reexamines its prejudices, learns more about a foreign faith, and realizes that its adherents are not so different after all,” according to Time.