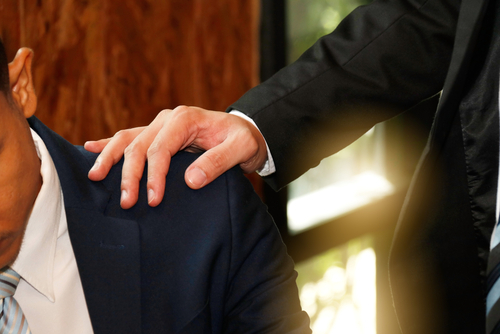 In 2002, my oldest son returned home from his mission after only five months. I was shocked, confused, and had no idea what to do—this is not something a parent expects or prepares for. While I was wrestling with my own feelings, I also felt great compassion and sorrow for my son, who was struggling. Over time, my son adjusted to post-mission life, was sealed to a wonderful woman, started a family, and moved to another state to pursue better employment. 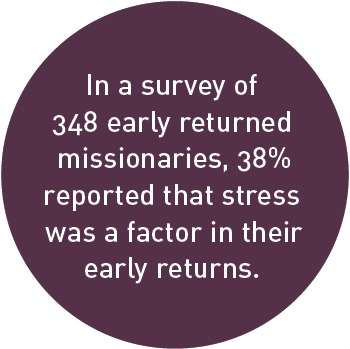 But then, in 2010, it happened again—my youngest son returned home after four months due to anxiety. He was deeply disappointed and did not want to be released. He worked hard to get back out into the mission field only to be released again when the anxiety returned. Feeling a deep sense of failure, he fell into inactivity and moved away, hoping to escape the shame he felt.

Some months later, I was visiting with a student in my university office who shared with me his story of returning early from a mission. As he spoke, familiar memories came back to me, only this time they were coming in the form of questions. Why does it appear so many missionaries are returning early? How does this affect them and their parents? How can families and ward members help early returned missionaries adjust to this unexpected challenge?

► You'll also like: “What (and What Not) to Say to Early Returned Missionaries from Those Who Have Been There”

I felt a distinct prompting that I needed to research this phenomenon. Since 2010, in my capacity as a university social science researcher and clinical therapist, I have conducted several studies related to early returned missionaries and their families. I have learned so much from the wonderful missionaries and parents I have interviewed and surveyed, and also from those whom I have treated in my cli 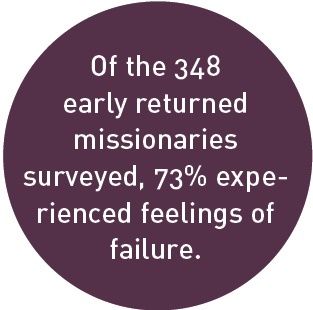 Do not avoid attending church. 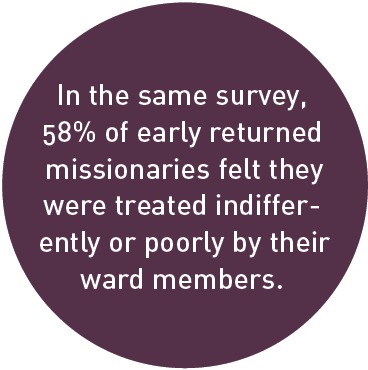 Many early returned missionaries tell me the worst part of returning early is going into the chapel their first Sunday home. What will people think? What will they say? Do not dwell on those thoughts; you belong there! And the longer you wait to go, the harder it will be. You may be surprised how many advocates and supporters you have. But to make it a little easier, it may be helpful to consider in advance how you will respond to people who are surprised to see you. Practice answering ward members’ questions or responding to their comments with someone you trust. Talk with your bishop about whether it is appropriate for you to give a talk, share your testimony, or for him to make an announcement on your behalf. 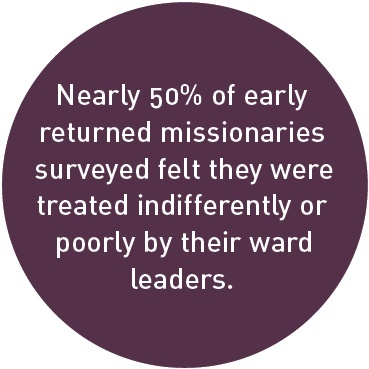 Accept that some interactions may be uncomfortable at first because people may not know what to say and may say something unintentionally hurtful. In an attempt to avoid hurting feelings or saying something awkward, some ward members may say nothing at all. Choose not to be offended but to go forward with confidence and faith in the Lord that all will be well.

Be direct and assertive.

Let your parents, bishop, and others know what you need, such as counseling or a calling. They will welcome input and value your openness, which will give them guidance as they support you.

Focus on your healing.

Use the spiritual tools learned and practiced on your mission, such as scripture study, fasting, and prayer, to work through what brought you home. Seek understanding from the Lord. T

his experience, and the learning you are meant to gain from it, is unique and designed by the Lord especially for your growth (D&C 122:7). It will require your dedicated effort to find answers. Avoid asking why this happened to you; instead, ask Him what you are meant to learn from this experience (D&C 58: 2–4). Once you have healed from the early return, you can then focus your spiritual and mental energies on your future path.

This will help continue the pattern you established on your mission of focusing on others as you take a break from your own concerns. Exercising compassion by assisting others is very healing and will help you grow. This is a valuable skill you refined on your mission. Use it!

You will find great strength and peace there. In my experience, the early returned missionaries who regularly attended the temple following their release found greater peace and were able to stay active and adjust to the early return better. You may wish to discuss with your bishop the possibility of serving as a temple worker.

Know the Savior loves you deeply, completely, and intimately (Alma 7:11–13). He knows the pain you are feeling and wants you to “come unto Him” and leave your burdens at His feet (Matthew 11:28–30). T

his is the opportunity to put that invitation to the test. By practically applying all you have learned about the Savior throughout your mission preparation and service, you will gain a deeper appreciation and testimony of the Atonement of Jesus Christ. Finally, it is important to accept the counsel offered by Elder Jeffrey R. Holland given to early returned missionaries in a video created just prior to his Face to Face conversation with young adults in March 2016. He stated:

“Commendation to you, and the love of the Lord to you, and the blessings of the Church to you, for trying to go, for wanting to go, and for the fact that you successfully served. . . . It obviously wasn’t the full term, but it was missionary service. It was honest. You were loyally participating and testifying, and I want you to take credit for that. I want you to take the appropriate dignity that you deserve from that, and to know that the Lord loves you and the Church loves you for serving. . . . I don’t want you to apologize for coming home. . . . Please just consider yourself a returned missionary, who served and was faithful and will continue to serve, and you’ll continue to be a great Latter-day Saint.”