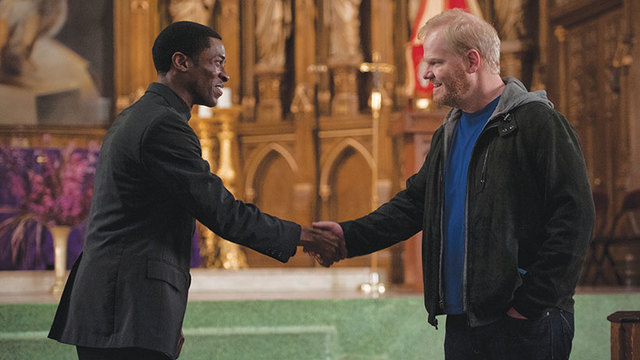 Here Are a Few Reasons Mormons Aren't As "Sheltered" As Most People Think, & Why That's a Good Thing

MR says: Being a member of the Church of Jesus Christ of Latter-day Saints gives us opportunities that most people all over the world never get to experience. Yet, people still like to label us as "sheltered" or "close-minded." Here are a few reasons they might want to rethink those labels.

I recently watched an episode of “The Jim Gaffigan Show” with a bit of dialogue that perfectly encapsulated a thought that’s been bouncing around my head for a while. . . .

In this episode, Jim’s wife invites their local parish priest, a gregarious young man from Africa named Father Nicholas, to go to Jim’s next stand-up, without asking Jim first. Jim hates the idea because he’s convinced that having a priest in the audience will kill the mood, but he gives in and takes Father Nicholas anyway. Right before they walk into the comedy club, they have the following exchange:

Jim: Look, you may be exposed to some harsh language and sexual content.

Father Nicholas: I think I can handle it, Jim. When I was eight years old, I saw soldiers burn down my village.

Jim: Yeah, but was there cursing?

That right there summarizes the modern conception of what it means to be naive, or “sheltered.” Sure, you may have experienced the full range of human life and death, happiness and misery, but do the movies you watch have a lot of F-words and nudity in them? If not, you’re a naif.

What first sparked this thought was the “Book of Mormon” Broadway musical. . . . [Most audience members] sit there and laugh at those dumb naive kids from Utah who actually make the trip to Africa, learn the language and live among the people there for two years. Who talk to Africans all day every day about the most essential questions of life and how it is lived. Who do service projects for the poorest of the poor in Africa. The missionaries are the naive, oblivious ones? The gall of it is breathtaking.

When an upper to upper-middle class American kid ends up in Africa for non-missionary reasons, they stay just long enough to take some nice photos for their Tinder profile.

Yet we’re the sheltered ones.

Read the rest of this story at www.jrganymede.com/