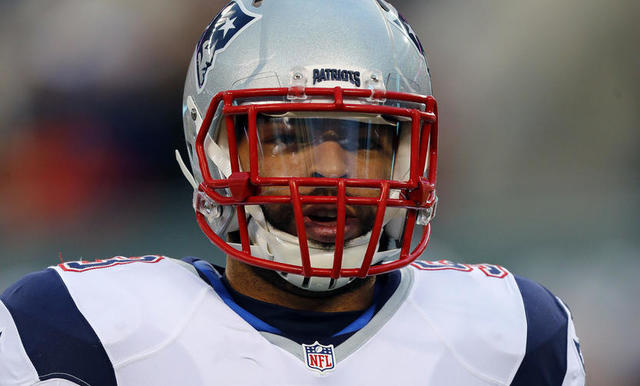 Kyle Van Noy, a Mormon and outside linebacker for the New England Patriots, will be playing in this Sunday’s Super Bowl LI. In an interview with KSL a few years ago, Van Noy shared how his mother influenced him to achieve greatness in his football career.

“I’m really glad I listened ‘cause your mom knows more than you think. If there’s one thing I can tell the younger generation is to listen and obey their parents,” Van Noy told KSL.

Sports were a big part of Van Noy’s life, but he realized life is not all about football. Growing up he learned from the positivity and guiding direction his parents gave him.

“My mom’s a saint; she’s sacrificed her entire life for not only me but my father and my brother to be who they are and be happy and successful,” Van Noy said.

When he was a teenager, Van Noy did not want to go to a fireside given by former BYU Coach Bronco Mendenhall, according to the interview. But after heeding his mother's advice and going, he began to question himself and everything he was doing.

“Am I really doing everything I can to keep my faith strong and be a better light to people and encourage people to do better?” Van Noy said.

Despite initially not wanting to play for BYU, Van Noy took the advice of his parents, playing four years with the BYU Cougars. He was glad to be around people who had good standards, and even though he made mistakes, he said he felt he was a light to people who were struggling, encouraging them to come back from their mistakes.

Prior to playing with the Patriots and after college with BYU, he spent the first two and a half years of his professional career playing for the Detroit Lions. After leaving the Lions, he has gained momentum with the Patriots—29 tackles, a sack, a forced fumble, and an interception—ultimately helping them to make it to this year’s Super Bowl.

Before Van Noy was drafted by the Detroit Lions, he told KSL important advice he received from his mother that would motivate him to keep going: “No regrets,” “hard work equals success,” and “less attitude, more gratitude.”

I am sure Van Noy will be thinking about his mother and family when he steps on to the turf at NRG Stadium in Houston this Sunday.