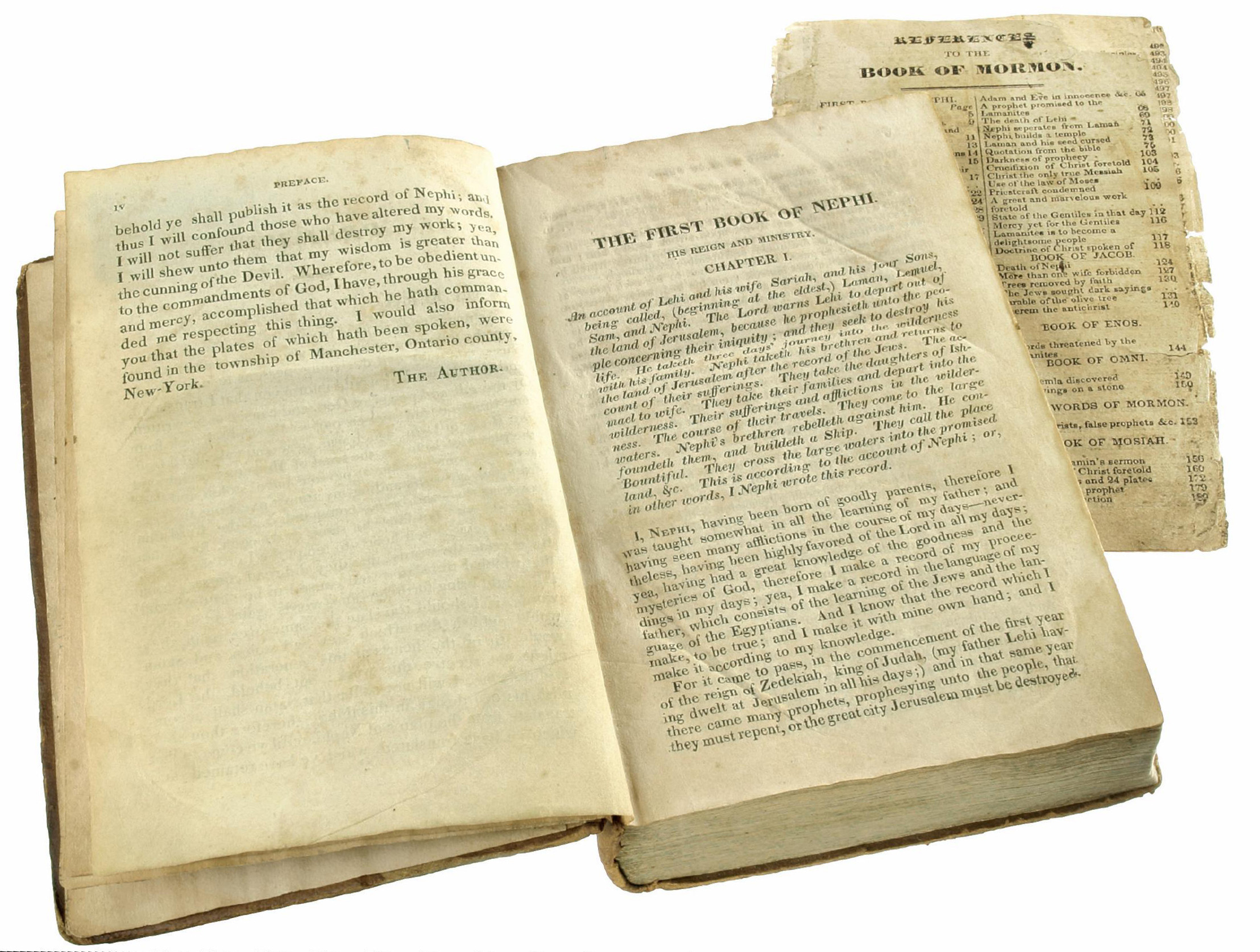 Recently, History Channel's popular television show Pawn Stars featured an unusual—and valuable—artifact familiar to Latter-day Saints: an 1842 fifth edition copy of The Book of Mormon. Adam, who owned the book and brought it in, explained that theological books are not often very valuable, but because of the history surrounding it, valued it at $25,000.

1842 copies of The Book of Mormon are actually the scarcest of all copies of the Book of Mormon. It is the last edition printed under the direction of the Prophet in Nauvoo. Because his father had passed away before its completion, it is the only volume that credits Joseph Smith without his usual suffix “Junior.”

Rebecca Romney, a professional book appraiser, was called in to confirm the value. After explaining (quite accurately!) the history of the First Vision and the violence and persecution in early Latter-day Saint history, appraised the book at $40,000. It was ultimately sold to the Pawn shop for $24,000—still an impressive price!