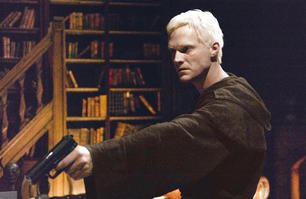 The two men sit across a desk from each other, one wearing a suit and a slight scowl and the other clad in the robes of a clergyman.

"The church owns 25 percent of a large corporation," says mafia head Don Michael Corleone. "You know the one I mean."

"The Corleones are prepared to deposit $500 million in the Vatican bank at such time as Mr. Corleone receives majority control," an assistant tells the Catholic archbishop. The man of the church considers this for a moment then responds, "Six hundred million."

"The Godfather Part III's" blatant portrayal of Catholic leadership as deal-making, money-hungry, mafia affiliates is just one of the many jabs from Hollywood against Catholicism. But Catholics aren't alone.