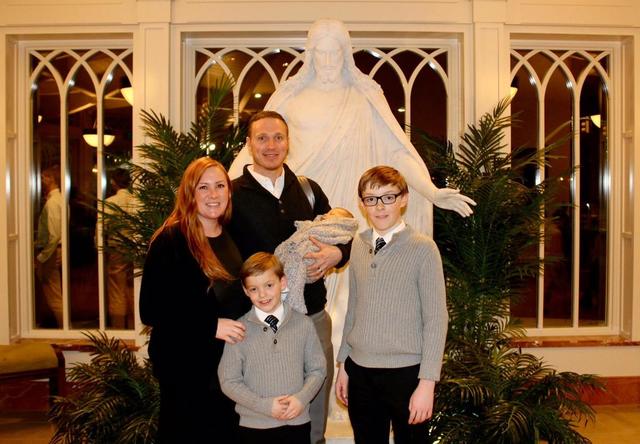 "A true testimony is precious," Chadd Pither says. "I look back and I'm so grateful to have had the powerful experiences I had to gain my testimony. Life is hard and full of trials, and without my testimony I wouldn't be where I am today or have the understanding and meaning of life which I searched for over many years. . . . I had to humble myself and put my life in God's hands to gain a testimony."

Pither joined the LDS Church at age 10 in England, shortly after his mother married a Latter-day Saint. But any flames of faith burned out quickly when his mother and stepfather moved to Scotland. Pither elected to stay in England with his older brother, who wasn't interested in the church, he said.

Over the next decade, Pither experimented with drugs and alcohol and "living a sinful life" and becoming a "wild European," he said.

"You could say I was a baptized non-member," Pither said. "I went on to live what I knew to be a normal life."

In his mid 20s, around 2012, Pither sought a positive improvement in his life by moving to Perth, Australia. While there he saw an ad for a job on a mango farm in Darwin, a town in Australia's Norther Territory, a three-hour flight from Perth. He traveled there in hopes of getting the job.