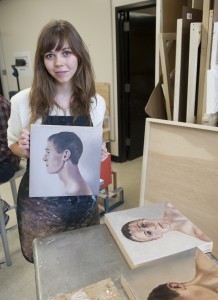 Honor Code and the visual arts: How BYU students balance standards with censorship

In a world where modest is not considered the hottest, many wouldn’t expect the visual arts students at BYU to be some of the best in the country.

BYU’s Department of Visual Arts is third in the nation and has found a way to work within the Honor Code while still remaining competitive with students in secular programs across the country.

Robert Barrett, a distinguished painter, illustrator and professor of illustration at BYU, said although visual art students at BYU are not exposed to the graphic material that is prevalent in other art programs, it does not hinder the students’ chances for a future career.