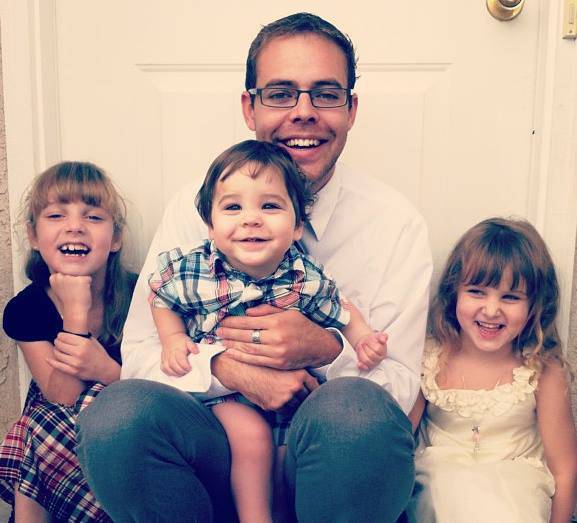 When I was 12 years old I was living in Cedar City, Utah after recently moving back from St. George, Utah with my father and step-mother (I attended 6th and 7th grade while living there). My parents, like I said earlier, allowed us to choose and decide where we wanted to live. I lived with my St. George parents and the grass wasn’t necessarily greener on the other side. 90's family photoI believe I moved at the wrong time. Middle school was just so much fun (major sarcasm) and I remember everybody being nice in Cedar City. Well, I moved back to Cedar City and GUESS WHAT… everyone was still in middle school and the ruthlessness of middle school students followed me. In the awake of insecurity, middle school is a time to make yourself feel better by putting others down. I wish I could say I was immune in putting others down but I was just like everyone else going through puberty in middle school.

It was also during this time that summer was coming to a close and I was nearing my 13th birthday in August of 2003. My family in Cedar City had started some construction projects around the house. We were painting, making improvements to bedrooms, adding electrical features, and other random projects. It was during this time that my Uncle came to live with us while we were remodeling. He was a gifted carpenter and construction laborer and was hired to help with these projects. At first I felt very comfortable around Cory. He seemed funny, kind, interested in my life, and purchased some gifts for my 13th birthday party. It was also on that day, my 13th birthday, which my life was forever altered.

Read the rest of this story at jpbottema.wordpress.com