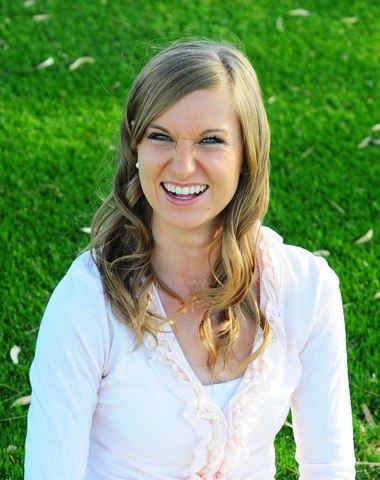 Hopes are high for Mormon Bachelorette in third season

To some, going on 22 blind dates in a row could be a long and intimidating experience. For others, it’s a thrilling opportunity to meet Mr. (or Mrs.) right. And for a very select few, it just may be reality.

The Mormon Bachelorette, loosely based on the concept of ABC’s The Bachelor/Bachelorette TV series, is an online reality show that helps Mormons meet their eternal mates by setting them up on just that many blind dates in just as many days.

“The track record was one hundred percent from the first season,” said Luke Johnson, creative director of the show. “Our first bachelorette was married in the temple [and now has] a baby, our second bachelor is seriously dating someone from his season, and we're coming down to the finale of season three within the next week.”

But the show hasn’t been all chocolates and roses. It’s received some criticism as well. When LDS Living ran an article on it a few months ago, many of our readers were skeptical or even downright derisive:

“The people who are under covenant with God shouldn't even watch worldly shows like The Bachelorette, let alone copy them. We're too close to the Savior's return to be wasting time imitating the filth of the world. We should be standing apart, in many cases, very apart from worldly influences that mock everything we should hold sacred. Incredibly bad idea,” said rockymtnlinda.

“The Bachelorette is what is wrong with TV and society. The last thing we should do is try to copy it. All it teaches is vanity, materialism and sex,” said artvandalay.

But others rose to the show’s defense, like wahlymom, who said, “Oh, come on! Sometimes we LDS can be SOOOOOOO obnoxious. Yes, the original ABC show is full of inappropriate things. If you are offended, change the channel. You may think it is so far out there, but it really is not that far off from the 'regular' non-LDS dating scene. The idea to do an LDS version is GREAT! Maybe people will see it and figure out that dating doesn't have to include sex on the third date to be fun. How are we to be examples of the ‘Lord's way’ if we hide our light under a bushel?”

And Johnson is quick to distinguish the differences between the two. “This show is nothing like ABC's The Bachelorette,” he said. “No fantasy suite, no endless hot tub. These are wholesome dates, and it's truly family friendly but yet still very entertaining to watch.”

So fun to watch, in fact, that it’s garnered more than 100,000 views in the first month of season three alone. “It's been so fun watching the show grow tremendously,” Johnson said. With fan sites like mobachmoms.com already popping up as loyal followers, “I don't even think we've scratched the surface yet though in terms of views and fan base,” he said.

The dedication of the fans is superseded only by that of the crew, who work for free to produce the show. “They do it because it's truly like being in a fairy tale,” said Johnson. “You get to see all these emotions blossom up each new day and follow someone through a love story. It's really pretty amazing.”

For Ashley Chapman, the bachelorette of the third season, hopes are high that she will indeed get that fairy tale ending. With 22 first dates completed and only one second date left to air, she’s about to make a big decision on which man will meet her family. And with the season three finale set for next week, the show is already looking to the future.

“We're still accepting submissions for the next Mormon Bachelor or Mormon Bachelorette,” said Johnson. “We're really interested in helping people find true love. If you're willing to give the process a try, there's a pretty good chance that we can find someone compatible. . . . Mormons want to get married and start a family. All we're doing is providing a unique opportunity to meet people with the same values who are looking for the same.”

To watch the show or apply to be a part of it, visit themormonbachelorette.com.