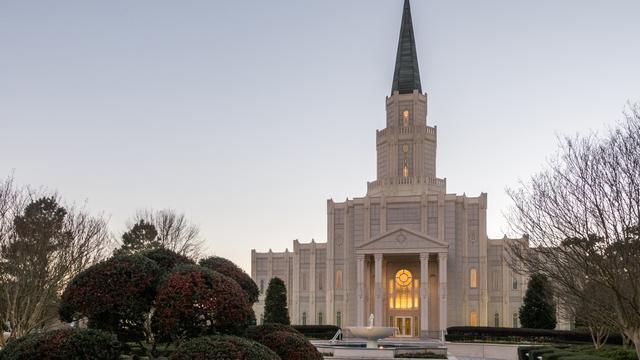 The Houston Texas Temple, damaged by Hurricane Harvey floods, will likely open this spring, according to the Houston Chronicle.

The First Presidency announced the temple was temporarily closed on October 25 after more than a foot of water from Hurricane Harvey floods damaged the temple annex building, the temple basement, and the main floor in August 2017.

"That includes a baptistry, a marriage waiting room, dressing rooms, kitchen and laundry," temple president Marshall Hayes said, according to the Houston Chronicle.

The First Presidency announced in a letter that the closure was due to renovations that needed to take place after the flooding and that the temple was expected to open in spring 2018.

Church spokesman Daniel Woodruff noted "work is progressing" and that it is likely repairs and renovations will be completed by spring 2018, though no definite date has been set for the completion.

Once the repairs are complete, a private, "simple rededication" without a public open house or cultural celebration will follow, according to the First Presidency's letter.