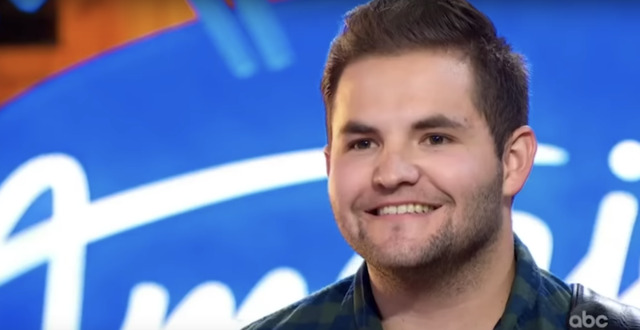 Jordan Moyes never planned on auditioning for “American Idol" and yet, on Sunday's episode of the reality TV show, he was seen not only getting a golden ticket to Hollywood but also catching the eye of the Idol judges in a big way.

Protect those hands, Jordan. That was amazing. @AmericanIdol #AmericanIdol pic.twitter.com/WICZeRfEgY

Keep it crisp. I’m on fire after that performance (but my body temp is 98.6 DONT WORRY) #JordanMoyes @brucespringsteen 🔥🔥🔥 #AmericanIdol— KATY PERRY (@katyperry) March 16, 2020

However, it was less than two years ago that Moyes' mom passed away unexpectedly due to a pulmonary embolism in June 2018. His mom, who loved the TV show, had previously encouraged him to audition for the show and her passing served as a wake up call for the young singer/songwriter.

“I felt like I had a need to suddenly do more of what I love and pursue it more fully,” he told Deseret News.

The 25-year-old from Provo, Utah, tried out for “American Idol” in summer 2019. While the nerves when performing never truly go away, his faith, his mom, and the joy he finds from being on stage helped him handle the stress of being on “American Idol.”

“My faith is a big part of my life and it’s something that I found myself relying on for sure, in terms of just keeping me calm and centered and grounded,” he told Deseret News. “But I also felt my mom a lot through the process as well, felt her presence with me. And that gave me confidence.”

READ THE REST OF THE STORY AND LISTEN TO MOYES’ MUSIC AT deseret.com.