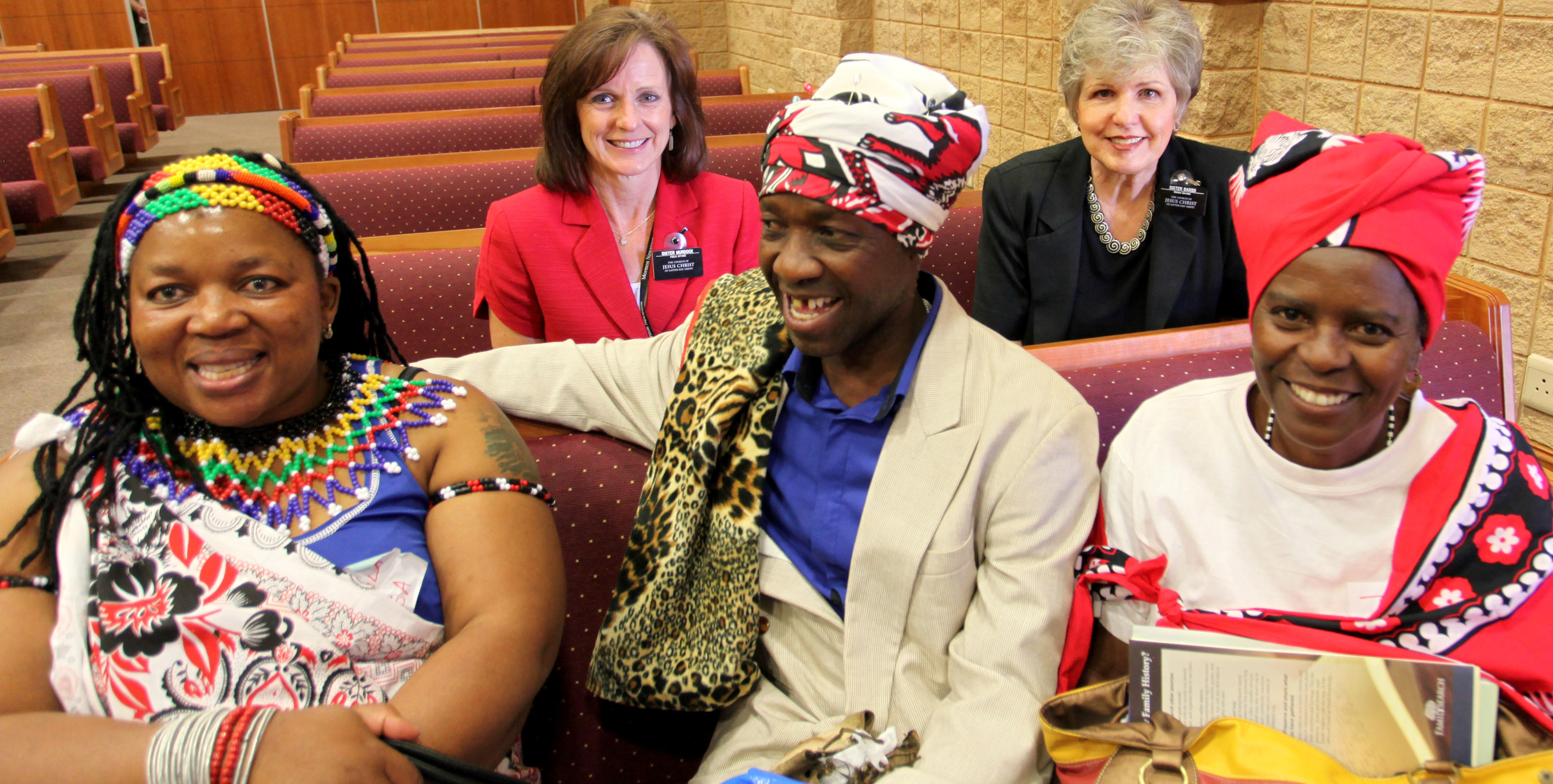 Paying a “bride price” or lobola is an expected tradition for many couples hoping to marry in Africa. It is the custom for the groom’s family to pay the bride’s family a certain amount of money for her hand in marriage. In African history, the lobola was paid in cows, but cash is more common now. And the expected price has most definitely gone up in modern times. This causes many young African couples to continue their relationships and have families without first getting married.

Many young LDS couples who wish to get married are part of families who still expect the lobola to be paid. And when the young man simply cannot afford it, the couple feels that they must put off a marriage ceremony. Church leaders have encouraged members in South Africa to no longer follow the tradition of lobola and to instead save money for a trip to the temple so that they may be sealed for time and all eternity. These faithful young Saints are risking the displeasure of their nonmember families by following the teachings of the prophets, but they are surely blessed for it.

“There are many stories of couples who have waited for years to be sealed,” says Van Reenen. “And then when they do eventually get to the temple, they are overcome by the Spirit and sheer joy.”

Through his many years of serving the Saints in South Africa, Van Reenen has seen members “press toward the mark” of going to the temple. “Family ties have been strengthened and faith built as individuals and families make the necessary sacrifices to go to the temple,” he says. “Many wards and branches are a long way from the temple in Johannesburg. They need to travel vast distances to get to the temple, often through the night. Financial sacrifices are made, as well as personal discomfort [endured]. We often have wards and branches organizing temple trips that will take them nearly two days of travel in one direction. Then they perform temple ordinances and get straight back on the bus to go back home very tired.”

Of all the obstacles South African Saints face, there is one hurdle that has been the greatest for them to surmount: apartheid. From 1948 to 1994 in South Africa, blacks and whites were distinctly segregated and received different rights and privileges. The nonwhite population of South Africa was not afforded the same rights as white citizens. Uprisings and protests were common, and the country was in turmoil for decades. Even today, South Africa has one of the highest crime rates in the world, and carjacking, murder, and rape are common.

Nigerian member Bernice Ogubie has lived in South Africa for many years, and she is grateful for the warm friendships she’s enjoyed with other members in her new life as a black Mormon woman there, despite the lingering effects of years of apartheid. “The members have been accepting despite the fact that apartheid has done a lot of harm between blacks and whites in this country,” she says. “The gospel is helping members to be accepting and caring for one another.”

Elder T. Jackson Mkhabela, the first black stake president in South Africa who now serves as an Area Seventy in Africa, knows firsthand the hardships that apartheid created for not only the people of South Africa but the members as well. “The legacy of apartheid has exacerbated the division between the different ethnic groups,” he says. “But I have witnessed people of South Africa come together to fight the system of apartheid. This unity has laid a foundation for members of the Church to be at peace one with another in terms of ethnicity. The Saints in South Africa are dedicated and striving to live in accordance to the principles they have come to know and cherish through the gospel. Their success in social progress is largely influenced by the principles of the gospel that they live.”

In a country where morals are mocked and crime is rampant, these members dare to stand apart and stand for what is right. They most definitely aren’t afraid to push the gospel forward with their strong testimonies, inviting smiles, and big hugs. As long-time member Dianne Donnelly says, “The gospel will go forward with or without us. But wouldn’t it be great if it went forward because of us?”

Read the full article about the Church in South Africa in the May/June 2015 issue of LDS Living, available at Deseret Book stores or at deseretbook.com.