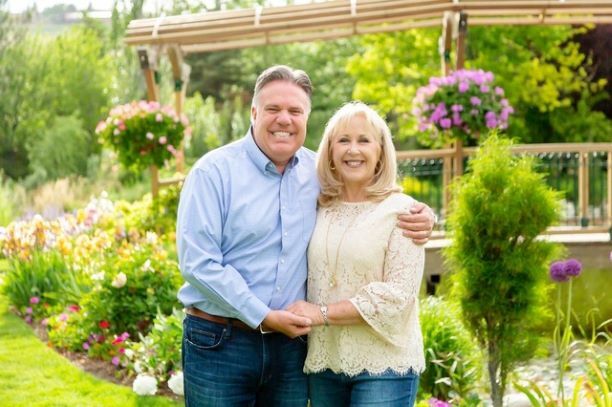 On this week's episode of  This Is the Gospel, as a missionary in Chile, Brad Wilcox struggles to find the answers to his gospel questions—including the existence of God—until a tender meeting with his mission president leads him to the light and hope he is looking for.

Read an excerpt adapted from the story below. You can also listen to the full episode here or read a full transcript here.

In Chile, there's a beautiful city that's on the coast, and it's called La Serena, which means "the serene." For me, it will always be a sacred grove. It will be a place where I came to know God.

When I was a young man and I received my call to Chile, I was excited to go and share my testimony of the gospel. And it's not that I didn't have a testimony, but I realized that my testimony was not as personal and not as deep as it needed to be.

I'd grown up in the Church, but when I confronted the difficulties of a mission, when I got to Chile, I just realized that this was hard.

I was sent to a little town up in the north of Chile called Viana, and my companion and I were the only missionaries there, and it was hard.

I got out there and found out that nobody wanted my message.

I think I just missed home. I was focused on one little thing, and it was hard because nobody cared about it. And I think that's when I said, "Wait, why am I here? Why am I doing this? Why don't I just go home?" But I knew the answer. God needed me. God wanted me. God called me. And I was there.

Then, I thought, “Where's God?” It's not that I had all these overwhelming doubts, but it's just that my testimony had not deepened to a point where I knew for myself. When I was there and it got difficult, I really said, "Where's God?" And that thought shook me.

I'm thinking, "This is not good. I need to see an angel. Joseph Smith saw one and he was younger than me. So I need an angel." That night I got up on the top bunk, there I was, and I knelt down in my top bunk and with all the faith that I could muster, I said, "God, are you there?"

And suddenly, my room was filled with light . . . and then the car passed. Joseph Smith gets a vision, Brad gets headlights. I was really disappointed because, you know, I'd finally prayed with faith, really prayed sincerely, and that was the answer that I got? And I felt kind of ripped off because, we've been teaching people that if you read, if you study, if you pray, then you can know the truth. Here I was asking, and I felt like my prayer wasn't being answered.

Now, we had a zone conference. And our mission president came and he did interviews, and I was a young missionary in the mission.

So he did the interview and he said, "How are you Elder?"

He says, you know, about seven questions, and seven "Fine, President's" later, I stood up to leave. And then he said something that he'd never said before. He said, "Elder Wilcox, do you have any questions?"

Woah, questions. I just had a million questions. Let's start with, "Is there a God? Does he even exist?"

I just looked at him and I said, "Me, questions? Oh, no president. I don't have any questions."

A little while after that, I got transferred to another area. I just hadn't felt like I had an answer as clearly as I wanted the answer. I realized that I wasn't doing what I needed to do to be able to deserve an answer that I was asking for.

I think sometimes until you have a doubt or a question, you don't feel a motivation to learn. I think the questions, the doubts, the unanswered prayer, motivated me to dig deeper.

For me, it was like, "Okay, it's time to buckle down. It's time to do what you know you're supposed to do to get what you want to get." So I dove in. In the new area where I was transferred, my companion and I worked harder than ever. We just loved that little branch. This was in the town of La Serena, and we loved our little branch. We worked harder than I'd ever worked on my mission.

I got another interview. So there I was, in La Serena, and we met with the mission president.

And he said, "How's your companion? How's your area?"

And then, as I was leaving the interview, again, he asked me, "Elder Wilcox, do you have any questions?" I needed answers.

And I said, "President, is there a god?"

That was it. No quotes from the brethren, no scriptures, no judgmental looks. Just one word: "Yes."

And President Day said, "Brad Wilcox. He knows you by your first name."

And then I said, "President, does He love me?"

And that was it. The Spirit just washed over me, confirming the truthfulness of my mission president's words. Suddenly, that answer was so clear and so personal. I knew for myself, the Spirit spoke to my spirit. That became such an anchor for my soul and such a foundation for my testimony.

I thought, "Why didn't you just answer me? Months earlier, why didn't He just answer me the first time I crawled up on my top bunk and prayed, 'Are you there?'"

But then I thought, "If He had answered me then, would I have studied as hard as I had studied? Would I have read with the ravenous desire that I read? Would I have pondered as deeply as I pondered? Or would I have just kept shooting the breeze and wasting time? I mean, Would I have served as sincerely as I served?" And I realized that I wouldn't have.

If God had still been holding me above the water, I never would have learned to swim. And it's when He finally let my head dip below the water, which scared me, that's what finally motivated me to search and to do what I've been instructed to do. And so even now sometimes when I might wonder, I go back to that moment.

And that's why Chile is sacred ground for me. That's why that little town of La Serena is as sacred to me as the Sacred Grove is to Joseph Smith. That is the place where my testimony deepened to the point that I knew, and I knew that God knew, and I could not deny it. 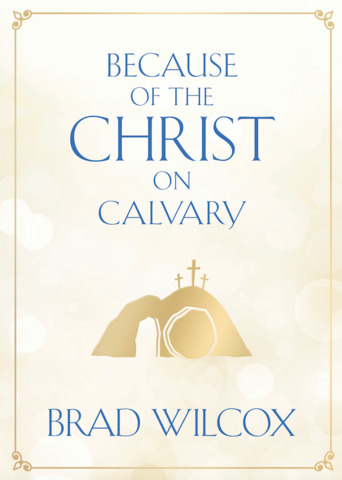 Find Brad Wilcox's new book Because of the Christ on Calvary on deseretbook.com or at Deseret Book stores. Our covenant relationship with Christ allows for a fullness of hope! That is what Easter is all about. In a world that is increasingly apathetic about God and religion, Easter matters more than ever. Brad writes, "People can call it spring break if they want, but Easter will eternally be about the Christ on Calvary." Because of the Christ on Calvary, we can know that the creation, Fall, and Atonement are all part of an eternal plan for our progress and joy. Because of Him, we understand that no matter how many people give up on God, He never gives up on us.