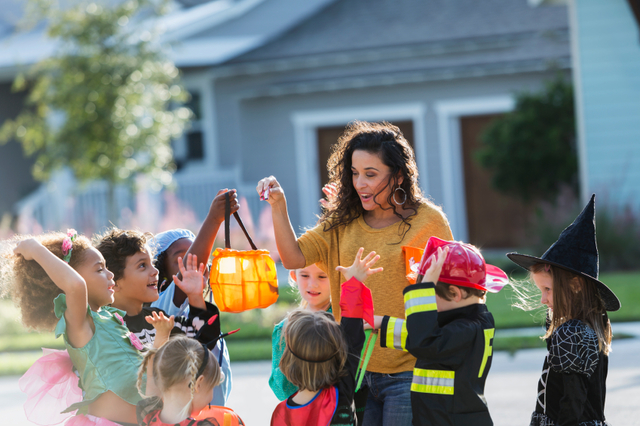 How Can LDS Parents Make Halloween Fun But Uplifting for Their Kids?

MR says: Check out the advice of fellow Latter-day Saint parents as well as prophets and apostles about what dangers to avoid as well as how to still have fun with your family on Halloween night.

► You'll also like: 15 Halloween Movies That Won't Give Your Kids Nightmares

When my husband and I joined the Church early in our marriage, we felt a need to improve our behavior, including the way we celebrated holidays. We made Christmas and Easter more Christ-centered. New Year’s Eve became more goal-oriented. And Halloween? Well, Halloween was a challenge.

We had enjoyed dressing up our first little daughter in a black witch’s costume, her heavily sprayed blonde hair sticking out all over her head and a piece of dry ice bubbling from her pot. But we began to wonder whether some Halloween practices were pleasing to the Lord, given that Latter-day Saints are to seek after that which is “virtuous, lovely, or of good report or praiseworthy” (A of F 1:13).

As our children grew, we became increasingly wary of the role models we presented to them.