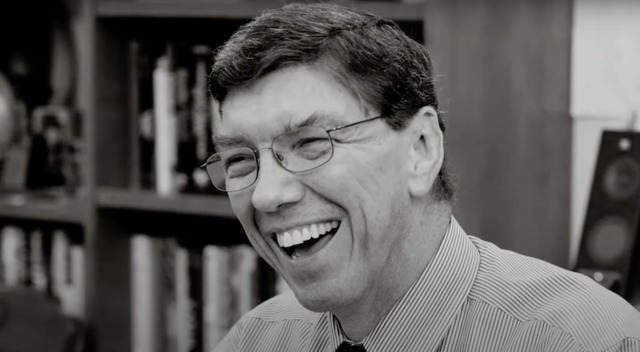 How Clayton Christensen asking, ‘How can I help you?’ influenced the executive director of the MIT Leadership Center

During their discussion, the panelists spoke of Christensen’s impact as both a professional and an individual who truly made a difference in their lives and in the lives of many others. Each paid tribute to him, noting that Christensen was a “giant of a man” not only physically, but as a thinker and in terms of his lasting influence.

The panel covered a range of topics, appreciating Christensen’s ideas as well as his gentle and empathetic nature, even discussing how they believe Christensen would react to the pandemic by utilizing certain theories. 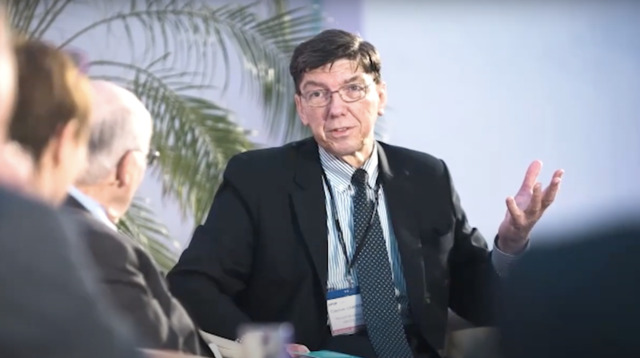 Frequently throughout the forum, panelist Hal Gregersen, executive director of the MIT Leadership Center and senior lecturer in leadership and innovation at MIT’s Sloan School of Management, also spoke about what truly motivated Christensen in his relationships. Above all things, Gregersen said, his friend was a great listener who desired to be of help to others.

“There was one thing that always happened, always happened in conversations with Clay, which was the question, ‘How can I help you?’ And he meant it. And he would always ask it and he would pause. And there were moments in my life when deep losses and difficulties happened where Clay was there in more than words about, ‘How can I help you?’ to make a difference in my life. And there’s a second question that Clay didn’t ask you directly, but he did with his words and actions, which was, ‘How can you help someone else?’” Gregersen said, smiling.

► You may also like: ‘Beyond that old horizon’: What my uncle Clayton Christensen taught me about this life and the next

Speaking of a time when he lived in France, Gregersen said he once received a phone call from Christensen. During the call, Christensen said, “There’s a friend of mine traveling through the Charles de Gaulle Airport. Could you meet with him for a couple of hours? He really needs a conversation with you,” recalled Gregersen. “And so I ended up going out. We ended up having an amazing conversation.”

More recently, Gregersen continued, Christensen was in the hospital in the Boston area due to one of his many health issues. While there, Christensen called Gregersen and said, “I met someone in the bed next to me. He lives on the other side of Boston, Hal, but I think you need to have a conversation with him, and he needs to have a conversation with you. Would you do that for me?” Gregersen remembered. “And so, not only did Clay have this incredibly generous spirit one-on-one with me that I will always treasure, but the way in which he lived his life invited that sort of generosity, and in some ways expected it toward the rest of the world.”

Despite his success in his career, Christensen had the mentality that there was always something to learn from others, Gregersen added. 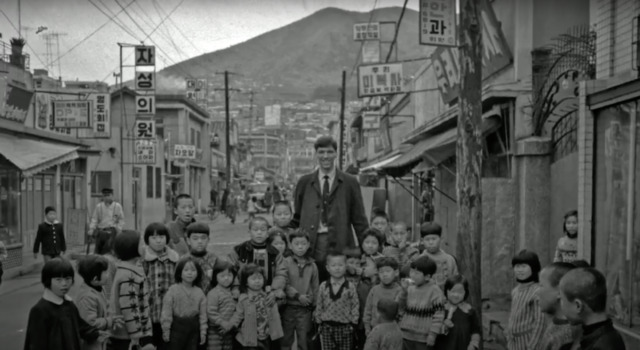 Clayton Christensen serving as a full-time missionary in South Korea.

“There’s this part of him that Clay’s family well knows, which is he had that deep sense of, ‘I can learn from you'—it could have been in the Harvard Business School classroom, but it could have been in a taxi. It could have been helping somebody move over in Chelsea or Revere, here, nearby Boston. It didn’t matter who you were, Clay was still deeply interested in what he could learn and how he could help. That was his nature.”

Service was also a large part of Christensen’s life, no matter how busy he was.

“I would suspect at minimum he spent 10 hours a week, but probably closer to 30 hours a week, every week of his life, doing things to help people who are on the edges of society—people who were at a difficult moment in their life, individually and beyond, and Clay was beyond busy just with his professional work. And then to overlay that daily discipline of ‘How can I help,’ not just people who were professional at his level, but people in any context, was part of his magic,” Gregersen said.

Before the panel wrapped up their discussion, Gregersen added one more insight to Christensen’s life, saying that while his friend was a remarkable person and an expert at asking questions, the questions God asked him were always more important.

“Can I add one quick thing? As I think we know, the four of us, but the world may not know, some of them on this video, that Clay was a deeply faithful person and he believed in a God and it made a big difference in his life,” he said. “And what I think is really interesting is Clay was exceptional, as we all know, at asking questions other people didn’t ask to move things forward. But at the end of the day, Clay cared a lot more about the questions his God would ask him than the questions he asked other people. And I think the question that mattered most to him that he wanted to honor that divine being . . . would be, ‘Tell me about the individuals whose lives you made a difference in, Clay.’ And that’s the question that he cared most about.”

See the full list of panelists from the discussion below:

In 2010 world-renowned innovation expert Clayton M. Christensen gave a powerful speech to the Harvard Business School's graduating class. Drawing upon his business research, he offered a series of guidelines for finding meaning and happiness in life. He used examples from his own experiences to explain how high achievers can all too often fall into traps that lead to unhappiness. How Will You Measure Your Life? is full of inspiration and wisdom, and will help students, mid-career professionals, and parents alike forge their own paths to fulfillment.