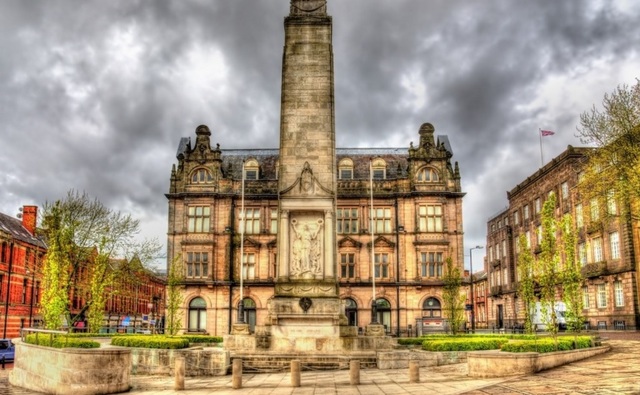 How Devils Tried to Stop the First Missionaries in England

Just like Satan and the powers of darkness tried to stop Joseph Smith in the Sacred Grove, understanding the significance of the eternal and everlasting impact his prayer would have, Satan and his devils tried to stop the first missionaries in England on the day they were supposed to baptize the first converts in the British mission.

"While thus engaged, I was struck with great force by some invisible power, and fell senseless on the floor,” recorded Heber C. Kimball, later adding, "I then arose . . . when a vision was opened to our minds, and we could distinctly see the evil spirits . . ." Read on to learn more.

Lehi counselled his son Jacob “that there must needs be an opposition in all things” (2 Nephi 2:11). The adversary, in his quest to increase wickedness and misery certainly does his best to oppose, to prevent or undermine the humble beginnings of significant events. This was illustrated when the first seven missionaries to Britain arrived in Preston in July 1837.

Upon their arrival, one of the missionaries, John Goodson, went to find lodgings. . . .

The three-storey home still stands on the corner of Fox Street and St. Wilfrid Street. A week later, upon the very day when the first British baptisms were about to take place, an amazing event took place in these lodgings that is oft repeated when retelling the story of this first British mission.