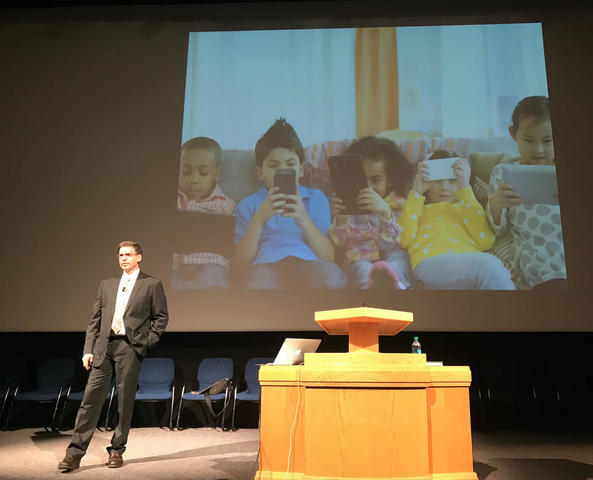 While at BYU Education Week, LDS author Randal Wright demonstrated how families can help correct unhealthy consumption of media in their homes.

"Kids, who is the most powerful being in the universe?" Wright said. "They all said in unison, 'He-Man.'"

Wright wasn't even sure who He-Man was, but when he tried to explain the difference between deity and a fictional action figure, his own nephew boldly claimed that He-Man could lift Heavenly Father and Jesus up with one arm.