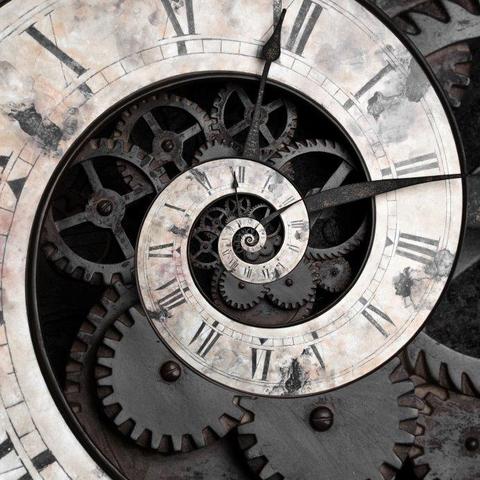 How Does God's Time Work? How Can He Listen to All Our Prayers at Once? 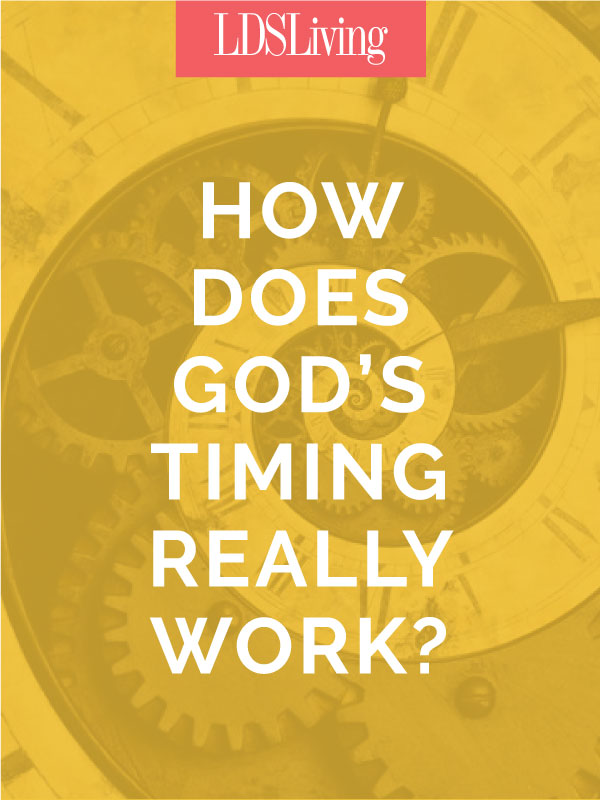 In recent years there has been a proliferation of stories, books, and movies that deal with the perception of time. Some have dealt with time or interstellar travel. Others have focused on the relativity of time or its passage during dreams. But whether one is a particle physicist or a cinematic junkie, there seems to be in every soul a desire, even a thirst, to find the meaning of and our place in this baffling concept we call time.

Elder Neal A. Maxwell observed, “Time is clearly not our natural dimension. Thus it is that we are never really at home in time. Alternately, we find ourselves impatiently wishing to hasten the passage of time or to hold back the dawn. We can do neither, of course. Whereas the bird is at home in the air, we are clearly not at home in time—because we belong to eternity.”

What do we already know about God’s time?

In the book of Alma we get a glimpse of the nature of God’s time: “Now whether there is more than one time appointed for men to rise it mattereth not; for all do not die at once, and this mattereth not; all is as one day with God, and time only is measured unto men” (Alma 40:8; emphasis added). Similarly, Joseph Smith taught: “The great Jehovah contemplated the whole of the events connected with the earth, pertaining to the plan of salvation, before it rolled into existence, or ever ‘the morning stars sang together’ for joy; the past, the present, and the future were and are, with him, one eternal ‘now’.”

In short, God experiences time differently than we do. For us, we live in the present, the past is done and gone, and the future is yet to be. But in a way we do not fully comprehend, God lives in the past, present, and future all at once; He exists outside of what we know as linear time. Which is why Alma’s statement that “time is only measured unto man” is so profoundly accurate.

How does God know what we are going to do before we do it?

Hopefully we will know more one day about how scientific theories fit together with God’s eternal laws. But though there are still many things we don’t know, what we can say for sure is that time is relative—both from a scientific perspective and a scriptural perspective. In the Doctrine and Covenants, Joseph Smith addresses this concept: “In answer to the question—Is not the reckoning of God’s time, angel’s time, prophet’s time, and man’s time, according to the planet on which they reside? I answer, Yes.” (D&C130:4–5).

Despite knowing this, Latter-day Saints still often ask the question: “How does God know what you are going to do before you do it?” And they often answer it with something like: “It’s because He is a parent—He knows your personality so well and has seen you make so many other choices that He just has a really good idea of what you will choose.” However, as logical as this appears, it contradicts the scriptures and living prophets. God is not guessing, predicting, or anticipating what we will do. “He sees, rather than foresees,” as Elder Maxwell has said, because all things past, present, and future are continually before Him.

Understanding the fact that God knows everything because He sees everything all at once can positively impact the way we understand other doctrines of the gospel.

How does God’s time fit with the Creation? 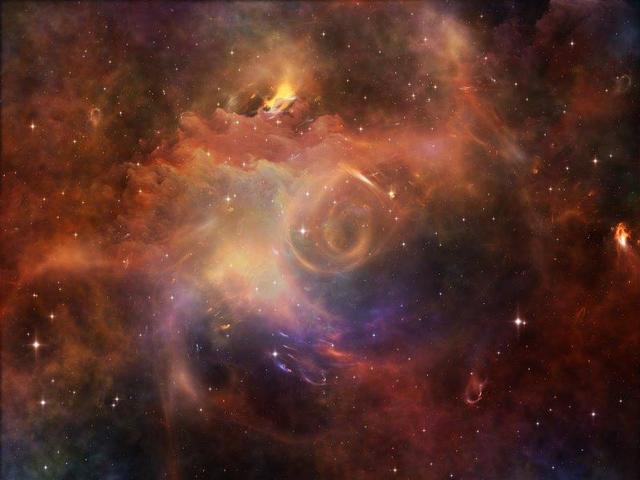 Understanding God’s time is valuable when discussing the doctrine of the Creation. In 2 Nephi 2:21, we learn that because of Adam’s transgression, his “time was lengthened,” perhaps suggesting that linear time as we know it did not exist before the Fall. This notion is strengthened in Abraham 5:13: “But of the tree of knowledge of good and evil, thou shalt not eat of it; for in the time that thou eatest thereof, thou shalt surely die. Now I, Abraham, saw that it was after the Lord’s time, which was after the time of Kolob; for as yet the Gods had not appointed unto Adam his reckoning” (emphasis added).

These scriptures both suggest that mortal time as we know it not only commenced with the Fall of Adam, but that conditions in the Garden of Eden (and during the periods of Creation) were after “the Lord’s time,” where past, present, and future are all one. Although it’s hard for us to wrap our finite minds around that actual concept, when we consider its ramifications, there are new perspectives that can be given to the process of creation.

What does God’s time have to do with the Atonement?

Understanding the issue of God’s time likewise gives meaning to the doctrine of the Atonement, specifically the suffering Christ endured for the sins of humanity in Gethsemane. Often we are prone to think of the Savior as having a “moment” of mass suffering for all sins all at once. As we learn from the scriptures, though, Christ suffered for more than just sin (see Alma 7:11–12). He experienced, in ways we do not fully comprehend, all our pains, heartaches, trials, joys, and successes. In short, He can fully comprehend all of our emotions and experiences because He has experienced them all vicariously.

It is difficult to understand in terms of linear time how this could be. However, when one considers the ramifications of God’s time where past, present, and future are all present, we begin to at least slightly fathom how Christ might have been able to experience not just a massive amount suffering all at once, but also what we each experience individually. Elder Merrill J. Bateman once said:

"For many years I envisioned the Garden of Gethsemane and the cross as places where an infinite mass of sin and pain were heaped upon the Savior. Thanks to Alma and Abinadi, [I believe] it is no longer an infinite mass, but an infinite stream of people with whom the Savior became intimately acquainted as he suffered our sins, pains, and afflictions. I testify that he knows each of us, is concerned about our progress, and has the infinite capacity not only to heal our wounds but also to lift us up to the Father as sanctified sons and daughters."

Not only does this perspective help us to gain a greater grasp of the possible operational aspects of the Atonement, but it gives us a greater personal appreciation for it as well.

C. S. Lewis observed: “God is not hurried along in the Time-stream of this universe any more than an author is hurried along in the imaginary time of his own novel. He has infinite attention to spare for each one of us. He does not have to deal with us in the mass. You are as much alone with Him as if you were the only being He had ever created. When Christ died, He died for you individually just as much as if you had been the only man in the world.”

How can God have time to listen to all our prayers? 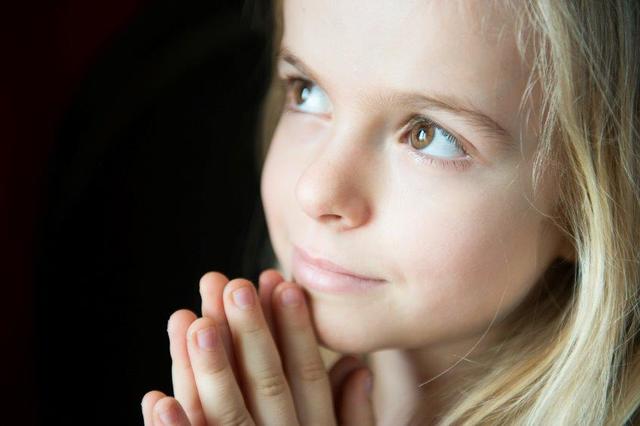 How does God listen to and answer all of our prayers at once? I will again defer to C. S. Lewis:

"Our life comes to us moment by moment. One moment disappears before the next comes along: and there is room for very little in each. That is what Time is like. And of course you and I tend to take it for granted that this Time series—this arrangement of past, present and future—is not simply the way life comes to us but the way all things really exist. We tend to assume that the whole universe and God Himself are always moving on from past to future just as we do.

"God is not in Time. His life does not consist of moments following one another. If a million people are praying to Him at ten-thirty tonight, He need not listen to them all in that one little snippet which we call ten-thirty. Ten-thirty—and every other moment from the beginning of the world—is always the Present for Him. . . . He has all eternity in which to listen to the split second of prayer put up by a pilot as his plane crashes in flames."

We can certainly see based on Lewis’s explanation how the doctrines of God’s omniscience, of His time, and of prayer are complementary. When taken out of context, it’s hard to fathom how God could attend to so many of our petitions all the time, but given the big picture, it starts to make sense.

Though we will likely never grasp the concept of God’s time while here in mortality, there is a reason for God’s scriptural utterances regarding this doctrine. Perhaps we are given temporal glimpses of eternal realities that we might begin to cope in our limited, linear existence. Nonetheless, there is much we can learn as we view some of the gospel’s pivotal doctrines through the fascinating lens of God’s time.

Ever wonder how God knew that the 116 pages would be lost? Or how the Atonement could apply to those born before it happened? For additional theories and insights into the fascinating concept of God’s time compared to man’s perception of time, check out C. Robert Line’s book, Understanding the Doctrine of God’s Time, available at Deseret Book stores and deseretbook.com.