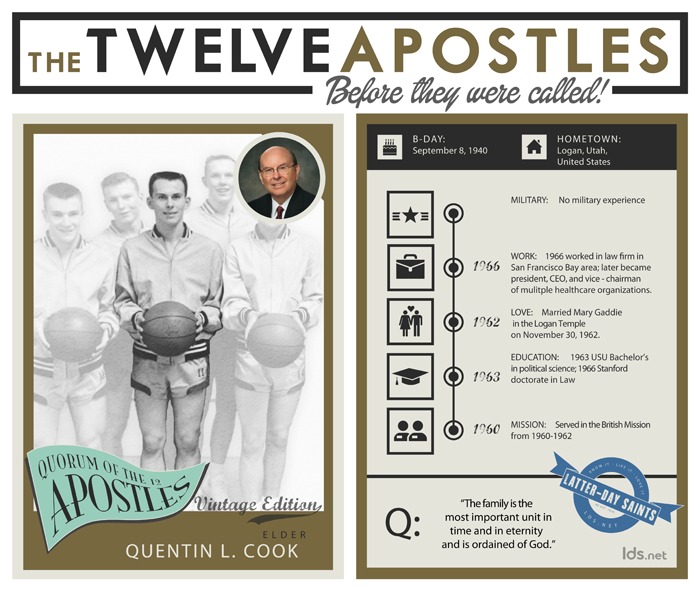 How Elder Quentin L. Cook Got His Name +9 More Stories from His Life

Quentin L. Cook serves as an apostle in the Quorum of the Twelve for the Church of Jesus Christ of Latter-day Saints. But did you know that the London blitz started the day before he was born, and that his mother named him after the radio announcer who was broadcasting the event? (General Conference talk “Let There Be Light!”). Years later, Quentin served with his mission companion, Jeffrey R. Holland, in the very areas that had been bombed when he was an infant (Liahona article “Elder Quentin L. Cook: A Willing Heart and Mind”). In this biography of Quentin L. Cook, read about his life, family, and love for others.

Quentin was in first grade when his older brother, Joe, was assigned to be fire drill captain. Joe was very proud of his position and determined that the school should get the best times for fire drills. One wintry day, it seemed like this would happen and they would beat the record. Students clambored out of the building faster than before, but just as Joe got excited, he heard the announcement, “Someone is still in the building. The building is not clear.”