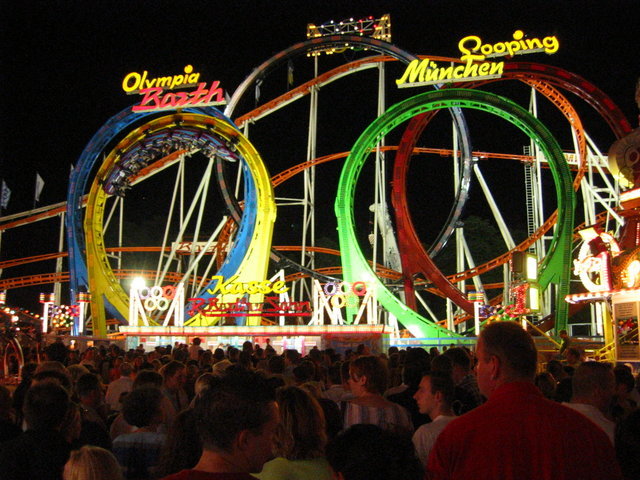 How 'Enduring to the End' Can Be As Exciting As Riding a Roller Coaster, Without Hurling

MR says: It's true, sometimes life can be brutal. But are we really just hanging on wishing for the ride to be over? Or are we finding a way to cope with the nausea and whiplash so we can enjoy the new heights life brings?

When I was young, my family would go to an amusement park in Utah called Lagoon. My favorite ride was the roller coaster, of course. It was (is) an old-school wooden coaster, and to this little boy, it was the most thrilling thing on earth. It was – until we went to Disneyland and I discovered Space Mountain. I have loved roller coasters ever since. Just last year two of my sons and I went to Magic Mountain and rode coasters non-stop – or at least until my boys were begging to take a break.

One complaint I have with roller coasters is that the fastest and craziest coasters always seem so short.  I hate waiting in an endless line, then having the ride over and done in 30 seconds. I like them fast and crazy – and they are never long enough.

I have been blessed with an eternal companion (EC) that also loves roller coasters. In fact, all my kids do, too.  The only problem with my EC’s enjoyment of coasters is that she has a little friend she likes to call “motion sickness” that she brings along for the ride,  She is a good trooper, but sometimes her motion sickness kicks in, and her riding day is done.

I don’t have motion sickness, but it seems like it would be miserable. I’ve got to give credit to my EC for taking on some crazy rides even though she knows she might pay for it. I know there have been times where she has been holding onto the bar, with a white-knuckled death grip, fighting off the urge to throw up – simply hoping for the ride to end.

Such is life: Some look at it as a great adventure that is never long enough, others are just hanging on and wishing it would hurry up and be finished. A lot of us bounce back and forth between the two extremes depending on how the day went.

When we talk about the term “enduring to the end,” it usually conjures up the white-knuckled, trying not to hurl, hurry up and end already idea of finishing up. You rarely hear someone say “I sure enjoy enduring to the end, I love it!”  The very word “endure” implies some heavy baggage, and maybe a little nausea. We endure trials. We endure hardship. We endure pain. “Enduring to the End” can be a very intimidating phrase.

Well, that is one way to look at it…