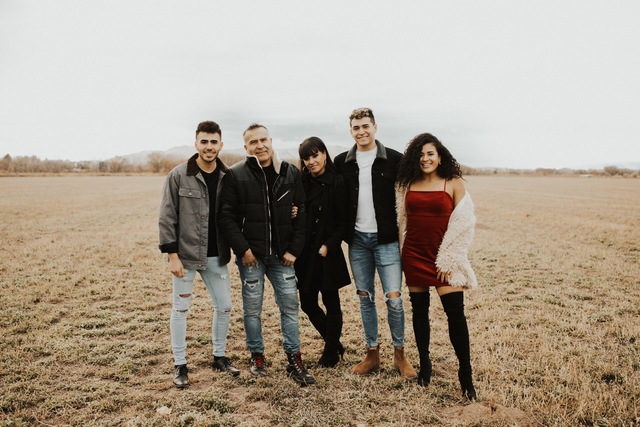 It’s no secret the Sosa siblings, Ezra and Stephanie, have wowed an audience with their high-energy dancing on the most recent season of So You Think You Can Dance. But like any family, their path to success didn’t always consist of the brightest days. In fact it was unexpected trials that led them to where they are now.

It all started last year around the time Stephanie Sosa and her other brother, Tristan Sosa, were together on season 15 of So You Think You Can Dance. Tristan got cut from the show in the top 40, leaving Stephanie to continue on alone to the show’s Academy Week.

When Tristan got home, one day he suddenly stopped breathing and had to be taken to the emergency room.

This happened during Stephanie’s audition in the academy last year, but the family felt it best not to tell Stephanie what was going on so she could focus on dancing. When Stephanie got cut before the top 20, she was devastated. And after she heard about Tristan, she broke down.

“We said a prayer, fasting. Members got involved in Las Vegas and [Tristan] started to recover,” Enrique Sosa said.

In the meantime, the Sosa children tried to help their parents pay for medical expenses by taking any dancing gig they could find. But right around the corner, the Sosa family faced yet another trial.

One Saturday in August of last year, Enrique Sosa received a call from his wife, Lucy, saying, “You need to come home. I don’t feel well.”

Sosa dropped everything to get home to aid his wife. Once inside their home, he called her name, but she didn’t answer. “Then I go to the bedroom and she wasn’t moving, and she had a stroke,” Enrique Sosa said, adding that he carried her to the car and drove her to the hospital. 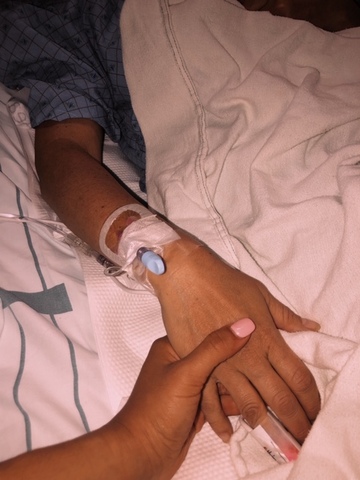 Image courtesy of the Sosa Family. Stephanie holding her mom's hand while she wasn't moving in the hospital.

“The first person I called was Stephanie,” Enrique said. Stephanie later called Tristan and Ezra, who flew back from Texas to join the rest of the family. Once the Sosa family was gathered together at the hospital, Enrique Sosa said his wife started speaking and moving again.

The family prayed often for Lucy. The bishop also visited the hospital, and she received a priesthood blessing. Shortly after, the Sosa family started getting mounds of support and love from the community. But the dream of the Sosa siblings competing on So You Think You Can Dance was slowly crumbling away with their medical expenses shooting up.

“For me as a dad, I had to hold the family together; it wasn’t easy,” Enrique Sosa said.

Though it was difficult for the Sosa siblings to see their mom in the hospital, they remembered to keep the faith and had a sense of peace that they were in God’s hands. 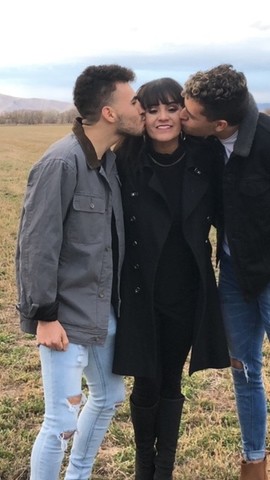 “I prayed and I knew deep down that everything was going to be okay and just continue being a good person and living by the faith. I was in comfort knowing that [God] was by our side and He had my back,” said Stephanie Sosa.

“Having my faith in Heavenly Father and knowing that He can perform miracles and being able to give me the comfort in hopefully knowing everything is okay as well as just praying—that’s something that has helped me a lot,” said Tristan Sosa.

During Thanksgiving time, the family was debating whether any of the siblings should try out for the next season of So You Think You Can Dance. Tristan told his sister that she should audition for the show with Ezra. Then, the Sosa family decided to pray together.

Through everything, Lucy was adamant that her children pursue their dreams. Ezra remembers his mother telling him, "Keep on dancing. Keep on doing what you love. Don’t worry about me."

“We said a prayer and we asked Heavenly Father, if this is the dream that is going to help us and help others, please make it happen. And if not, that’s okay. Well then after that prayer, everything started to fall into place,” Enrique Sosa said.

A week later, the family received a call from So You Think You Can Dance associates and they asked if Stephanie was planning on returning to the show. Stephanie accepted the offer, and she and Ezra started to prepare an audition video within two weeks. Three days after sending in their video, they got a call back asking if they could fly to New York for auditions.

“I said, ‘Oh my gosh; where are we going to get the money?’” Enrique remembers with a laugh.

Luckily, he and his wife found two friends, Pasha Pashkov and Daniella Karagach—ballroom and Dancing with the Stars professionals—who Ezra and Stephanie could stay with while they auditioned. After their audition, Ezra and Stephanie received a standing ovation from all four judges and the audience, inviting them to go to the academy.

At around the same time, the family received extra blessings as Stephanie got hired to be a part of the new series High School Musical: The Musical through Disney Plus and Ezra began teaching workshops with his brother in Las Vegas. This all brought in more income to help the family cover medical expenses.

“It was just blessing after blessing, and Heavenly Father was giving them the path,” Enrique Sosa said.

Those blessings touched the lives of the Sosa family and many others as the Sosa siblings continued to share their faith and be an examples while on the show. Enrique said, “Many of the other kids asked [Ezra and Stephanie] if they were LDS or Mormon, and their example has touched many of the dancers to the point that in our home right now, I have three dancers that aren’t part of our family. They see how we pray, what we do as a family. And it’s touched their lives and not just that, we’ve noticed that Heavenly Father has used us as a means to help others.”

Early on in the show, Ezra got a message from a viewer who said, "I want to let you know my son’s name is Ezra, and every time he hears your name, he wants to be like you." 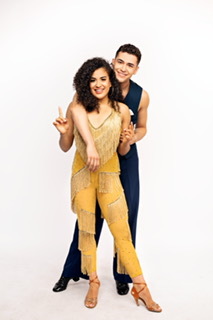 “[When] they go on Instagram, they get the question, ‘Are you a Mormon?’ ‘Absolutely. We are Mormon; my sister and I are Mormon; we are from the Church of Jesus Christ of Latter-day Saints.’ And they have a huge following right now of a lot of kids that see them as a good example,” Enrique Sosa said.

Many girls have looked to Stephanie as an example as well. Stephanie didn’t have it easy growing up in the dance world with all the expectations she had to live up to. After her final performance, before getting cut from the show this season, she was asked if she would like to say any final words.

She shared, “If you [feel you] are not skinny enough, if you are not pretty enough, you are. And God has a purpose. And He loves you.”

This message of self-worth inspired young women everywhere, who contacted Stephanie and her family to thank her for speaking up about the topic in the Hollywood and dance industry.

“Once I got that chance to come and just share my story and be a light, I just kind of grabbed onto that,” Stephanie said. “It’s hard nowadays with girls, dancers, and just anyone in general for them to believe in themselves and believe they are beautiful enough.”

It’s a comfort for Stephanie to know that in the world of performing, she has God to keep her grounded and her faith to push her to be a light amongst others. She and her siblings always say a prayer before each performance, because as a family, their faith unites them. 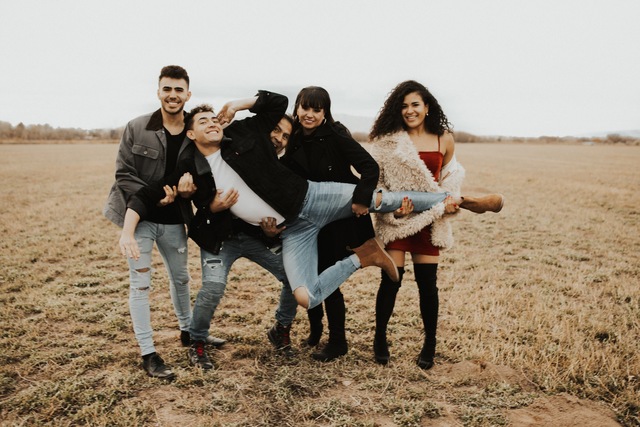 Image courtesy of the Sosa family

“The Church has helped my family in a sense of keeping us together, and at the same time, helping us keep strong to our faith and our goals and dreams of continued dancing,” Tristan said.

Stephanie said her dad always tells the family, "We were given these talents to share them and influence other people for God’s plan," and the Sosa siblings knew they’d be able to reach people with Christ's light from the beginning.

“With our talents, we’re supposed to be examples, so being exposed to such a huge platform, I believe that me and Ezra were given these talents to be able to be examples, and that’s the whole reason that we are dancing, sharing our light. It’s because He wants us to be examples,” Stephanie said.

Though Stephanie got cut from the show after making it to the top 10, the Sosa family is there supporting Ezra for every live performance as he continues dominating the dance floor this season. This last week, Ezra made it through to the top six, dancing a space-themed hip hop routine.

Ezra also performed a "Conga" routine for his solo.

About his son's solo performance, Enrique said, “It was emotions; we were in tears. Stephanie was very emotional because before Ezra danced his solo, he told her, ‘I’m doing this for you.’”

Ezra will perform next Monday at 7 p.m. Stephanie will join her brother, Ezra, for the So You Think You Can Dance Season 16 Finale in a few weeks and afterward the two will go on the show’s tour for three months to perform in 40 different cities.