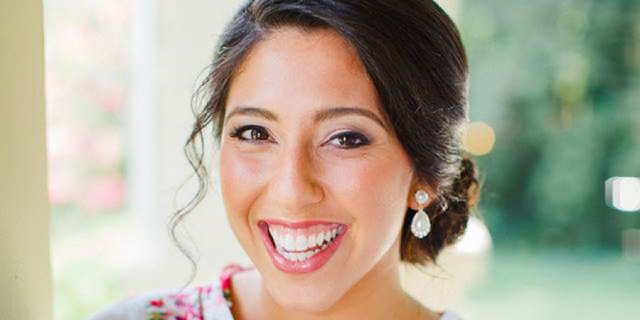 In November 2016, I joined The Church of Jesus Christ of Latter­-day Saints. It was the best, and I mean the best, decision I have ever made in my life.

I went to church for the first time with an old friend from high school in February of 2016. We hadn’t talked for eight years and hadn’t been close since we were living in Thailand as teenagers. Still, I reached out to her amidst a deep bout of despair that I was experiencing after a long night of partying at the bars in DC. I was out, it was 3 a.m., people around me were doing cocaine and hooking up in dark corners and I thought, “What am I doing here?” and, more importantly, “Who am I?”

The whole next day I couldn’t get that second question out of my head. It was followed up with ones like “What do I want out of life?” and “How can I be happier?”

I would like to sidebar really quick and say that in my opinion, you can be a perfectly good person and still make the choice to do drugs, have casual sex, or party until you drop. I had been drinking since I was 15, got a job in part because of my skill at shotgunning a beer, and, to this day, have a reputation in my sorority as being the wildest of partiers. That lifestyle wasn’t me though. It never was. It was time for me to find out who I was and what my priorities were.

I wanted to make a change, I just didn’t know how. The next evening we went to our neighbor’s house for dinner and I felt immediate peace from the turmoil that had plagued my mind all day. My neighbors are converts to the Church, and I felt like that peace that I was feeling had something to do with the Church. Any church, really. But I thought, “Hey, Mormons are nice. I knew Mormons in high school. Mormons probably do uplifting things like community service. Maybe I’ll try Mormon Church and some of their goodness and happiness will rub off on me.”

I reached out to my friend from high school, Rachel, and it was the beginning of something incredible. Each week I would go out, drink and party with my friends on Saturday night until 3 a.m. on Sunday. Sunday morning at 7, though, I was up, showering (I couldn’t let the Mormons smell the beer on me) and off to 8 a.m. sacrament meeting. Just attending church for an hour, sometimes two, occasionally three (the first time I was so hungover that I couldn’t make it past the first hour) made me feel better. I hadn’t made any other changes in my life but this little uplifting addition to my week made a huge difference.

The Church taught about agency and our ability to make choices in this life, about family and its eternal meaning. It taught me that God cares about us and how we have potential and worth. As a practicing atheist, the whole “God” thing was a little out of my scope, but I could get on board with the other stuff. It made me happy and it felt right.

I went to church with the intention of surrounding myself with uplifting people, finding a positive perspective on life, and maybe finding myself. Selfishly, I just wanted some Latter-day Saint goodness to rub off on me. What I got was so much more than that. Over the coming months, I learned to recognize the Spirit in my life. I found meaning in scripture, and I learned of God’s existence and love for me. Through the missionary lessons, I learned of God’s Plan of Happiness and of my worth.

It wasn’t a perfect process. I low­-key related to Korihor (the ~anti­christ~) when the missionaries first directed me to read about his story in the Book of Mormon. I also once unknowingly chugged a vodka mixed ­drink 30 minutes before church. I even accidentally swore over the pulpit in a fast and testimony meeting just a couple months ago. But, as I started attending church more regularly, I slowly started keeping the commandments on a trial basis. Sometimes I would keep the Sabbath day holy. On those days, I felt more rested. Sometimes I wouldn't drink. On those days, I was more likely to go to the gym or at least leave my house. Sometimes I would turn down the offer for casual sex from my ex­-boyfriend. On those days, I didn't feel so empty.

The missionaries invited me to be baptized at my very first lesson, and, a little drunk, I laughed in their faces. Again, after several months of lessons, a different set of missionaries asked me to pull out my calendar and choose a baptismal date within the following weeks. Honestly, I was overwhelmed and skeptical. But, when I prayed in sacrament meeting and asked God if I should be baptized, I was overcome with an indescribable yet overwhelming feeling that persisted for three hours. My mind opened, my ears rang, my heart soared, and I knew that God was telling me “yes.”

It’s been over two years now, and I’ve made a lot of big decisions in my life. I left my job as an accountant to get my doctorate in physical therapy. I married the best person I know and received my temple endowments. I know without a doubt though that joining the Church was the best decision of my life because it has enabled me to be close with our Heavenly Father and be guided by the Spirit each and every day. I have a sense of purpose and self­-worth that I had never known before, and I can finally and confidently answer the question “Who am I?” I am a child of God.

After going to school in four countries, Haley and her family settled down in Virginia where she attended the College of William and Mary. Once she passed the CPA exams, she decided taxes weren't her cup of tea and is now working on her physical therapy doctoral degree. Haley is recently married and she and her husband are owners of a cat who could probably lose a few pounds. 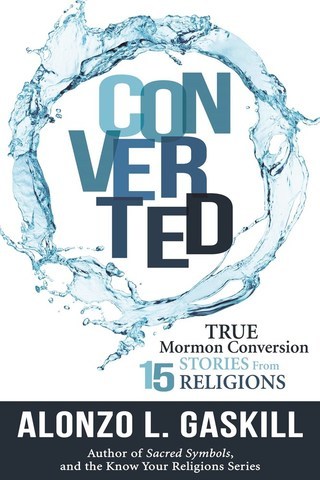 Before Alonzo Gaskill was a popular BYU professor and best-selling author, he was an altar boy in the Greek Orthodox Church. Discover his journey firsthand as he and fourteen others share their profound stories of conversion to the restored gospel from very different religious backgrounds. These inspiring true stories give you a new perspective on your faith.