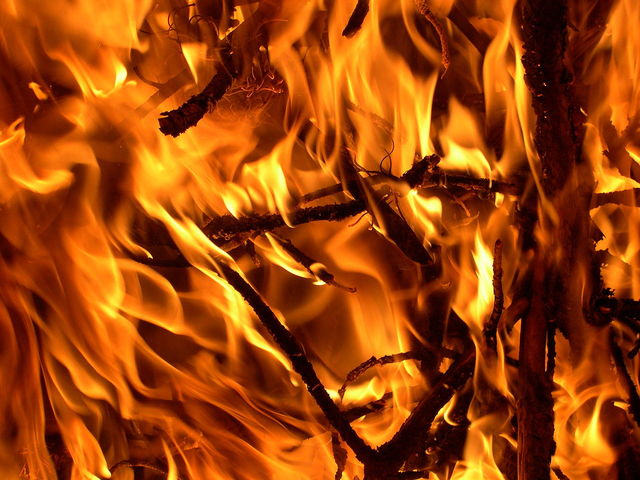 Americans everywhere are getting ready to celebrate Independence Day with fireworks and barbecues (click here for some great barbecue recipes), so we thought we would share a bit of July 4th LDS trivia (while encouraging firework safety, of course).

On July 4, 1887, a small floating candle balloon, which was a common type of firework back then, landed on the roof of the Salt Lake Tabernacle and burst into flames. The tabernacle's pine-shingled roof soon caught fire.

Luckily, 17-year-old George Albert Smith was sitting with his love, Lucy Woodruff, on her grandmother's porch, just across the street from the Salt Lake Temple.

George ran to the nearest telephone and called the fire department. But when firefighters arrived at Temple Square, they were unable to get past the locked gates, and the night watchman didn't have a key.

Several men, including George, broke through the gates, and rushed to extinguish the fire. Thankfully, the damage to the roof was minimal and the building was saved.

George Albert Smith was called as a member of the Quorum of the Twelve Apostles in 1903 and became the eighth president of the Church in 1945. He was the first Church president to give a general conference talk on television, from the Tabernacle that he once helped save.

The Tabernacle in the 1870s

The Tabernacle with its new aluminum seam roof (2008)