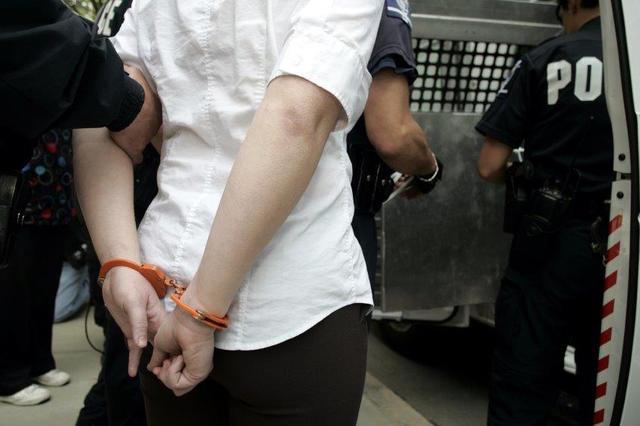 How God Spoke to Me While I Was Being Arrested

MR says: Find out how one woman finds God's voice in her life and what we can all learn from being open and yes, even from getting arrested.

The first time God spoke to me—I mean literally, with words—was through the mouth of a police sergeant. I don’t remember his name, but he changed my life. I was seventeen, miserable, and in a whole mess of trouble. And while I know you’re just DYING to hear all of the sordid details, I’ll just have to let your vivid little imaginations take care of that. Suffice it to say that I was a really stupid sheep who had followed some really stupid other sheep in to a really, really sheepishly stupid situation. The sergeant was arresting me.

He was darn nice about it. In fact, he is one of the wisest people I’ve ever met. He knew that I had just been humbled to the dust, and that I was in prime position to be taught. So instead of telling me what a loser I was, he did just the opposite. Or, I should say, God did.

And I believed him.

Read the rest of this story at segullah.org/blog/