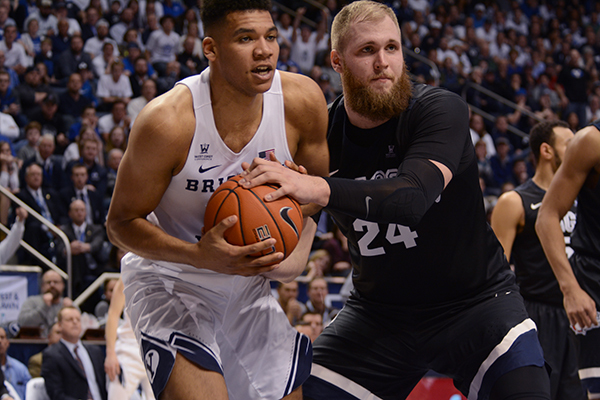 While Gonzaga prepares for the national championship game tonight, they know a loss from BYU has helped them get to where they are now.

“It definitely helped us,” Gonzaga guard Jordan Mathews said, according to Yahoo! Sports. “There’s a process we have to winning, and we kind of deviated from it in that game. We’d been so used to crushing teams. In that game, we were up 18-2 early and we got away from what we did to get that lead. That made us realize if we don’t stick with the process, we’ll be in trouble.”

Back in the end of February, the Cougars beat the Bulldogs 79-71 to take down Gonzaga's perfect record this season. At the time, the Spokesman-Review, Gonzaga's hometown newspaper, was so confident about their team's victory over BYU they preemptively printed 6,000 copies of a special edition showcasing Gonzaga's victory. Unfortunately, a picture of the cover page was leaked on Twitter making the loss that more heartbreaking.

► You'll also like: Historic BYU Win Over No. 1 Team Sparks Hilarious Tweets and Oscar-esque Mix Up

But according to the Zags, it was just what they needed so they wouldn't mess up their goals of WCC champions and a national championship game.

While the Zags go the the national championship, one player won't be there with them. Josh Wade, a star player for Gonzaga, decided to serve a mission to Lyon, France, rather than play with his no. 1 ranked team in the NCAA tournament this year.

Thanks to Utah Valley 360 for making us aware of this story.