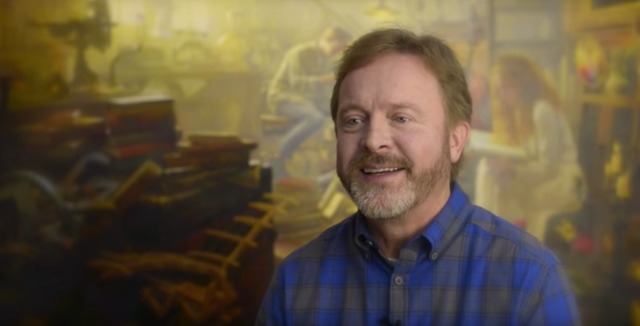 At one point in his life, Greg Olsen's house was in foreclosure and his family in the middle of a "financial disaster," he says. (Learn more about the painting that helped bring him peace during this time.) But Olsen, with the help of his family, managed to turn his talent into a successful business.

The following story was republished with permission from millo.co.

Nate Olsen was the only boy in a family of all girls. Which meant he had a chance to spend lots of time with his dad, who worked at home.

Greg, Nate’s dad, worked at home from the time his children were little.

“I remember,” Greg’s youngest daughter Kylie recalls, “when I was 6 years old, going to a friend’s house and seeing her dad come home from work at 6:30 p.m., and it was so hard for me to grasp that her dad was gone all day and he wasn’t just home all day hanging out.”

In some ways, Greg was living the dream. He was an artist. Working from home. And his art was actually selling.

But the biggest challenge Greg has always faced is obscurity.

And along with lack of recognition comes lack of funds.

So Greg found himself, early on, making only pennies on the dollar to license his artwork.

“I remember looking at royalty reports when I was 12 and . . . seeing how my dad got compensated and . . . being like ‘Dad, why don’t you do this all on your own?’ And he would always . . . create this ‘huge monster’ and it was a better deal to do it the way he’d been doing it.”

But eventually, Greg left the giant national publisher (who’s now out of business) who was licensing his work.

So he started a publishing company of his own.

Unfortunately, Greg followed what he had learned from his national publisher—and built the wrong kind of business. One that wasn’t reflective of just one artist.

This is where Nate enters the picture in the business.

Early on, Nate worked in the business owned by Greg and Nate’s uncle. But early on, he talked to his uncle and convinced them to come up with an entry-level position.

Nate could tell his dad was getting stressed. He had stopped painting all the time. He had a huge payroll looming over him each month.

And it didn’t make any sense to Nate that his dad wasn’t making the most out of everyone in the company.

After all, his art is what made this business work.

“There was just so much excess that it started making me sick because I didn’t look at it being excess. I looked at it as . . . affecting my dad.”

So Nate started wondering, “Can we do the same thing with less?”

To hear the full story of how they did it, listen to this week’s episode, Freelance to Founder. 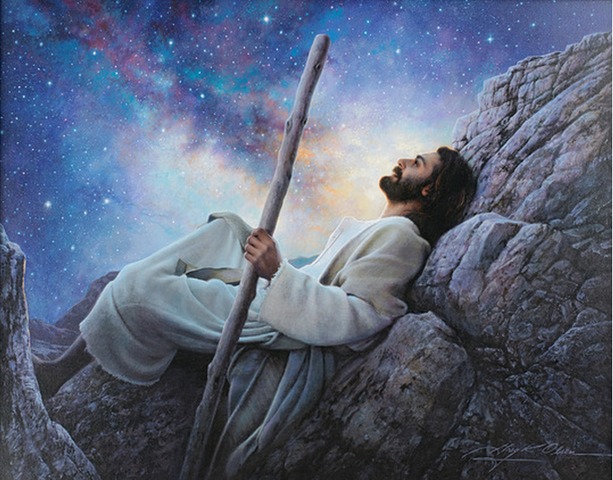 To get this unique representation of the Savior pondering His Father's work by Greg Olsen, or to see more of his works, check out deseretbook.com.

Read the rest of this story at millo.co