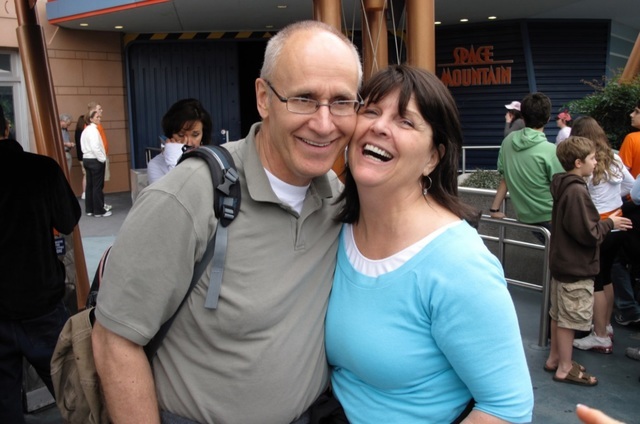 Sharing Faith Through His Work

At the time of his heart attack, Ron had been praying for a change in his life—he just didn’t anticipate it being a change that would leave three stints in his heart.

“My heart attack, that was another huge pivot point in my life,” Ron recalls.

After a clerical mistake at the hospital gave Ron more time off to recover from his heart attack than he expected, he began dabbling more in Toonaday. “I had been praying for a while that I wanted to make a change in my life,” Ron says. “At this point, it still hadn’t clicked in my head that this is the Lord working.” When it was nearing the time for him to return to teaching, Ron decided to take a leave of absence to see where following his passion might take him. He’s never looked back since.

“It wasn’t until afterward I realized the Lord was in that every step of the way,” Ron says. “For some people where a heart attack might be a tragedy, in my case, it was one of the greatest blessings of my life. I never went back to teaching. I cartoon every day, something I’ve always wanted to do. It’s worked out fabulously.”

While some might wonder if Ron regrets not becoming more involved with Captain Canuck, he says, “To draw the same character over and over and over—I decided early on that wasn’t really the direction I wanted to go. What I do now, I draw a new character every day.”

On March 31, 2018, Toonaday celebrated its 22nd anniversary. Having drawn over 8,000 cartoons spanning a whole variety of scenarios and sending them to subscribers in 33 countries all over the world, Ron says he stumbles across his artwork in the most unlikely of places.

He’s seen his cartoons everywhere from the Ellen DeGeneres Show to decals in a grocery store to sides of trucks on the freeway. “People will call him from the Canary Islands or from Korea and will say, ‘I just saw your work on this or that,’” Nancy says.

As for Ron himself, the strangest place he’s found his artwork is “probably a giant flying pig on the side of a hotel in Mazatlán, Mexico.” He continues, “It was about 20-feet high. And then another time was when I was driving with my son-in-law to Texas and there was a giant billboard with one of my cartoons on it.”

While Ron says “it would have been nice if I could have been cartooning right from the beginning” of his career, he also recognizes that the characters he creates now would not have been possible at the start of his career. “The internet is everything to what I do. And that wasn’t around,” he says.

Crucial to Ron’s success are the standards he sets for himself. “There have been a few times where my values and belief system have helped me in making decisions along the way. I’ve always said I will not use my talents for anything that would embarrass the Church or go against my principles,” he says. “Anything that I create, I am always sensitive that it is family friendly.”

In fact, earlier in his career, Ron was contacted by animation companies who wanted him to draw characters for a series, but after reviewing the scripts, Ron turned down the offers. “It just didn’t go with my value system,” Ron says.

Nancy adds that one of the producers was shocked by Ron’s reply, commenting, “We just don’t hear that much from people who would turn down Hollywood for values.”

Through his interaction with subscribers on Toonaday, Ron has found subtle ways to share his faith. In fact, one woman who has been a subscriber to Toonaday for 15 years recently wrote to Ron, saying, “Two lovely men from your church came by and we had a nice visit the other day.” While Ron does not know where her conversation might lead, he is happy he could have played a part in shaping her view of the Church and its members.

About the unexpected turns his life has taken, Ron shares, “I certainly questioned things. We all do, but it works out. Maybe not in the way that we want it to work out. It certainly doesn’t happen in the time we want it to work out. . . . Now when things happen in my life, if there is a setback, I just step back, take a deep breath, and say, ‘Okay, let’s hang on for the ride.’”

Nancy adds, “I think there will be other turns and other pivot points. We’re just not sure where the Lord will take us."