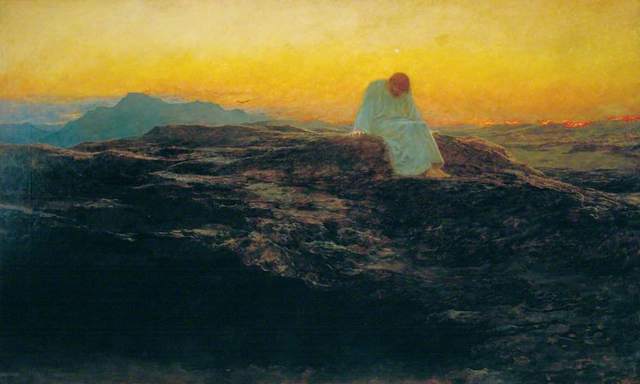 How Jesus’s Temptations in the Wilderness Illuminate His Individual, Far-Reaching Mercy

The Temptations in the Wilderness

At one point in our study of the four Gospels, we had been thinking about Jesus’s 40-day trial in the Judean wilderness. In only two verses, Mark tells us about those days (Mark 1:12–13). Matthew and Luke, on the other hand, make use of a time-honored literary structure to tell us of the tests put to Jesus as He prepared to begin His messianic responsibilities. All three accounts express Jesus’s perfect discipline in response to evil enticements that offended the laws of God. Matthew and Luke may clothe the testing in the elegance of traditional poetic forms, but the themes in all three accounts of Jesus’s experiences in the wilderness remain the same. Whether the accounts are cryptic or complicated, it became clear to us that the devil perverted what Alma described as the relationship between the principle of justice, our ethical responsibility to love God and each other, and the merciful application of His laws in an individual’s life.

In a kind of epiphany, we noticed that the devil tested the newly acknowledged Son of God to utilize a god-given power or principle to help Himself rather than to work out the salvation of every individual soul. The devil moved from the general to a specific example that Jesus, in His extreme condition, might have been tempted to use for His own rather than the Father’s glory. In essence, Jesus was tempted to use the power of God to save only Himself. Here are reminders of the tests:

1. Because Jesus, the Son of God, was hungry to the point of starvation, the devil said, “Command that these stones become bread” (Matt. 4:2-3 AMP). In other words, the devil offers the allure of selfish physical indulgence.

2. On the pinnacle of the temple, the devil said, “You have the power to command the heavens to obey you. So throw yourself down and God’s angels will lift you up in their hands” (Matt. 4:5-6 NIV). Satan offers the demand for miracles as prerequisites for belief in God’s fidelity.

3. And finally, after the devil “showed Him all the kingdoms of the world and their splendor,” he said to Jesus, “All this I will give you . . . if you will bow down and worship me” (Matt.4:8-9 NIV). The offer here is the seduction of worldly power and earthly glory.

The Laws of  the Universe, the Savior’s Plan of Mercy Applied

The contrasts between the devil’s tests and Jesus’s subsequent ministry are more than significant. When Jesus dealt with individuals or when He told an illustrative parable, He invariably seemed to consider the particular plight of one soul in the light of an applied principle. We noticed, for example, that the entire second chapter following Mark’s account of the wilderness trials, illustrates how Jesus saw, ministered to, and therefore loved individuals when they were in conflict with Mosaic Law and its innumerable oral restrictions. The paraplegic was first forgiven of his sins so he could be healed (Mark 2:1-12). The son of Alpheus, who we know as Matthew the tax collector, was by definition a sinner. Yet he was called to follow Jesus as a disciple then an apostle (Mark 2:13-14). Next Jesus “supped” with “the sin-sick, not the spiritually-fit” who were labeled as a “collection of disreputable guests” and “riffraff,” in clear violation of Jewish purity laws (Mark 2:15-17 MSG). Finally, the Pharisees remonstrated Him for violating the laws of fasting and the Sabbath, after which He condemned their attitudes by saying that “the Sabbath was made for man [in order for us to pause to recommit, worship, and praise God] not man for the Sabbath” (Mark 2:27-28 NIV).

Of course, in each occurrence, case, or moral problem in Mark’s second chapter and elsewhere in the Gospels, Jesus knew perfectly what the Law demanded. More importantly, however, it was in how He balanced the law and traditions of the fathers with love and mercy that mattered. He invariably saw the individual, the particular, and mercifully fit His judgment to the needs of each one.

The Book of Mormon prophet Alma described for us that perfect balance between the demands of the law and the compassion of the Savior. We find it explained in three places in his discourses (Alma 34:15-16; 34:20; and 42:14-15).  Alma calls it “the plan of mercy” or simply the Atonement. He wrote:

Oh, my soul, almost as it were, fleeth at the thought. Behold, he did not exercise his justice upon us, but in his great mercy hath brought us over that everlasting gulf of death and misery, even to the salvation of our souls (Alma 34:20).

We see the application of the plan over and over again in the four Gospels as well as in our own private struggles to work perfection into our lives. But we understand that in those great tests in the 40-day long wilderness experience, the devil presented Jesus with the twisted version of the great plan. In the desert wilderness, Jesus rebuffed every temptation or test we can in any way confront in our earthly journey. In His life on earth, He loved everything good and righteous. In His eternal ministry, He taught God’s principles and commandments even as He extended mercy to every individual soul. And so, we are unspeakably grateful.

Lead image The Temptation in the Wilderness by Briton Rivière 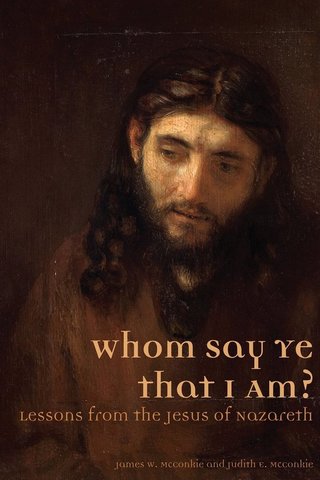 James and Judith McConkie are the authors of Whom Say Ye That I Am: Lessons from the Jesus of Nazareth, published by Kofford Books. It is available in print, Kindle, and Audible formats at Deseret Book stores and online and through barnesandnoble.com and amazon.com. This is the 12th in a series of essays about the book. Watch for more on ldsliving.com.