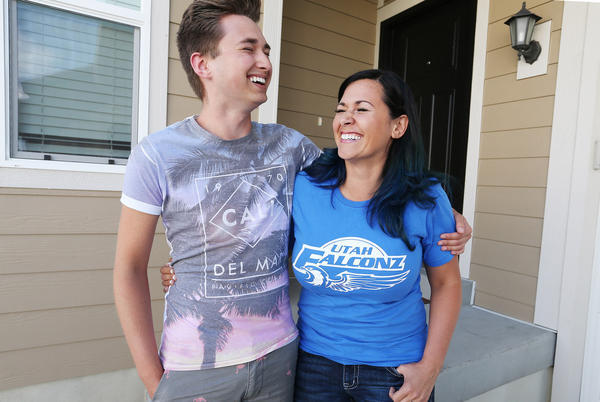 For related reading on Mormons sharing experiences about homosexuality and gay rights, check out "President of the Seventy Opens Facebook Dialogue on Gay Rights, Gets Moving Responses."

Playing on her first football team at the age of 37 fulfilled a childhood dream for Hiroko Jolley.

The mother of four was prepared for the physical challenges offered by the game.

What she didn’t know is how transformative the experience would be for her and the other women who donned helmets and shoulder pads to compete in a sport many believe they shouldn’t — or couldn’t — play.

Jolley, now 42 and the owner of the semipro Utah Falconz football team, didn’t realize that as she came to know, understand and love her teammates who’d lived very different lives from hers, they were offering her unique insights that would help her deal with what she and her husband once viewed as “the biggest trial” they could face as parents.

As the country's struggle with the issue of gay marriage reached a fever pitch, the Jolleys were privately grappling with how to reconcile their LDS faith with the reality of having a gay son. 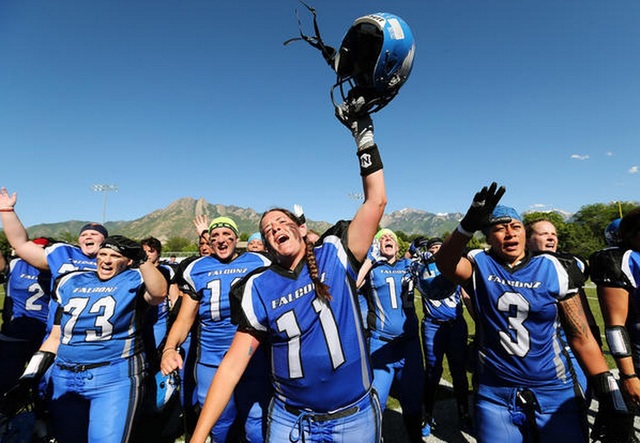 Troy and Hiroko Jolley didn’t need to hear their son Derek say he was gay.

But speaking to him about what they already knew in their hearts was too difficult.

“There were signs,” Jolley said of how she knew her oldest child was gay. “It was the elephant in the room.”

Their Mormon faith provided comfort, yet at the same time it created conflict. They saw his sexual orientation as a choice — one they felt could be altered through counseling, desire and prayer. It was only through the experiences she shared with her football team that she realized the most important choice wasn’t Derek’s. It was hers.

“When I first started playing, Derek was a junior (in high school),” Jolley said. “That’s when Derek was really struggling. We’re an LDS family, and I just kept thinking, ‘We’ll get this fixed.’”

They sought counseling for their son, but they were reluctant to discuss the topic with any specificity.

“If we ever talked about (homosexuality),” Troy Jolley said, “it was the angle that, ‘No, that’s not the right choice.’”

Derek Jolley, now 21, said he didn’t feel like he could express his feelings honestly until just before he graduated from high school.

“I knew since fourth grade” that he was gay, he said. “I kind of felt everything. There were times yes, when I wanted to talk, but other times I thought it would be easier not to.”

He said his LDS faith made it harder to discuss what he was feeling.

“I felt bad about it,” he said. “I felt I could change it. I tried changing it. I just tried liking girls, I tried dating them.”

Troy Jolley knew his son was struggling, and he and his wife were desperate to help him.