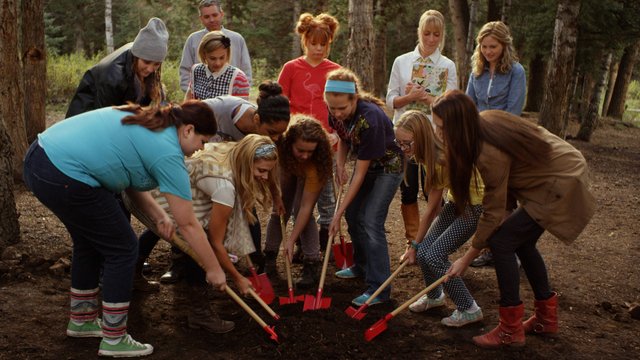 See what producer, actor, and author Lisa Valentine Clark has to say about the similar difficulties--and rewards--between raising children and producing the new, heartwarming movie Once I Was a Beehive.

Making a movie is a lot like raising kids. I just co-produced my first film, Once I Was a Beehive, (in theaters August 14th, premiering on the 12th—get tickets now!). It was pretty intense, a lot of fun, a lot of work, stretched me in many ways, and was ultimately a deeply creative, satisfying process. Not unlike parenthood. Now that the movie is coming out in theaters, I’ve reflected on a few connections between making a movie and raising kids.

BOTH REQUIRE ON–THE-JOB TRAINING. I have previously produced a web series, but never a movie. When it was suggested I produce, I immediately said yes and then quickly asked, “Now, what does that require, exactly?”

Like in motherhood, I learned onsite. No amount of study or stories of what other people’s experiences had been like truly prepared me. I just needed to roll up my sleeves and flexibly do what needed to be done.

NEITHER IS GLAMOROUS. Just like motherhood isn’t all red letter days of first steps and high school graduations, film producing wasn’t all glamorous red carpet appearances (I haven’t experienced that yet, actually). It is making phone calls, asking favors, and cleaning out the make-up trailer. Glamorous? Not so much. Just like motherhood, you see a need and you do it and you don’t worry about getting credit. 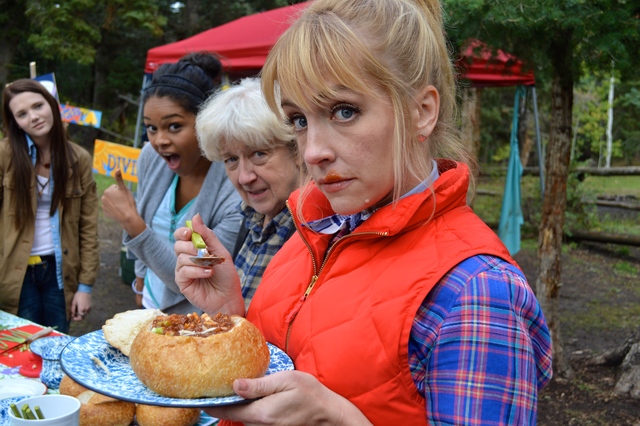 BOTH MAKE ME REALLY UNCOMFORTABLE. I have to make a lot of judgment calls in mothering and have a lot of uncomfortable conversations. Conversations I’d rather not have, but need to in order to properly raise human beings— conversations about friends, our bodies, expectations, all of it (too numerous to list). It makes me uncomfortable and it doesn’t really get easier as time marches on.

Producing is no different. I’ve had to have difficult conversations, keep the peace, smile when I want to scream, and be present when it would be easier to run away and hide.

BOTH REQUIRE A LOT OF PRAYER AND POSITIVE THINKING. In making this movie, we prayed for good weather, good feelings on set, help, effectiveness despite our shortcomings, and answers when things went wrong.

Once, the huge custom-built ark we had made for the film disappeared on I-15 the day we needed to shoot on a tight schedule. We had to find it, fix it, rearrange the schedule, help actors adjust to the new scenes, reset cameras and lighting, calm feelings, and not freak out. All of which required a lot of prayer.

Likewise, handling all of the unexpected mishaps and stresses of motherhood without the help that comes from prayer is a foreign concept to me. 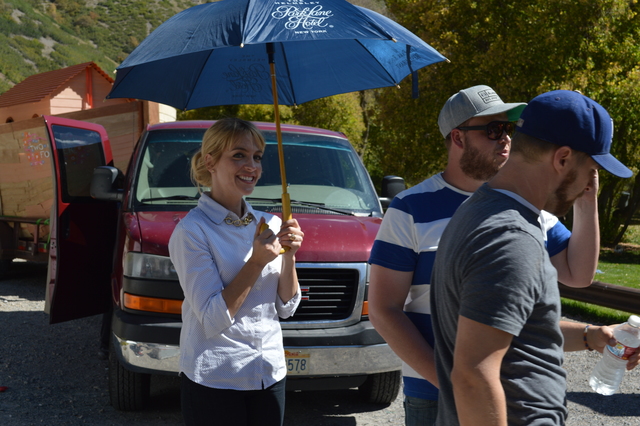 BOTH REQUIRE YOU TO HAVE A PLAN, BUT BE PREPARED FOR ANYTHING. With the movie, shooting schedules, casting, lighting, weather, sickness, and other people’s choices (good or bad) put us at the mercy of many outside factors.

Anticipating needs or what COULD happen on a movie set is a lot like packing a diaper bag for the day. You hope you don’t need three extra onesies and baby Tylenol, but if you do end up needing it, you’re super glad you have it. Also, as a rule of thumb, every mother and every producer should always carry Ibuprofen. That’s just common sense.

BOTH TAUGHT ME TO EAT WELL. Stay focused and take care of yourself. Treat your body kindly, especially when the stakes are high. You’ll never regret it.

On the film, this meant tasty, fluorescent cheese balls that come in a barrel, diet coke, and Ghirardelli chocolate squares in varying flavors, based on my mood. In mothering, well, it is actually the same things.

BOTH TAUGHT ME THAT THE PRODUCT MAKES IT WORTH IT. Being part of making something lasting that brings good into the world is a worthy endeavor and worth my time and energy. I’m not saying that seeing the final cut of your movie is the same as seeing your baby for the first time, but I do think that spending your time working hard on anything that requires a lot of work and creativity gives you a sense of excitement and satisfaction similar to watching your child grow into a successful adult.

BOTH REMINDED ME TO LISTEN AND BE AWARE, BUT NOT CARE TOO MUCH ABOUT WHAT OTHER PEOPLE SAY. When audiences watched a preview of the movie, it felt as if I was saying “Look at my baby and tell me if you think it’s pretty and if you like it.” Which is ridiculous. It is scary because I love it SO MUCH, and I’m putting it out there to be judged (and I will in turn judge the person judging my baby). But that’s part of making a movie.

It is the same with raising kids—not everyone is going to like your kid. They’re missing out, of course, for not loving your kid like you do, and you think there must be something wrong with them if they don’t, but it happens anyway. You do your best, and that’s all you can hope for. 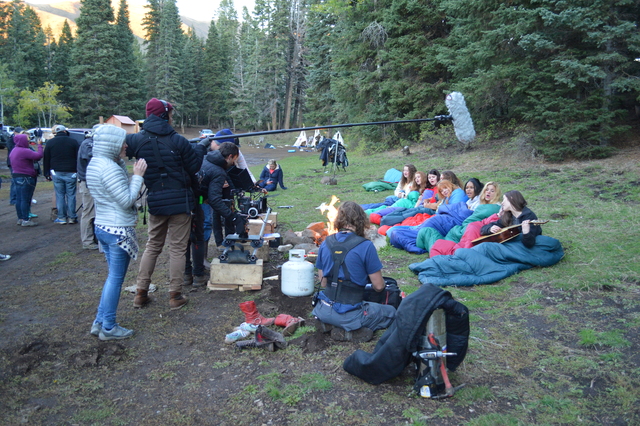 BOTH REMIND ME TO STAY FOCUSED. In developing a story with lots of ideas and multiple writers, we had to remind ourselves to tell one story, not all the stories of girls’ camp. And Once I Was a Beehive turned out to be one really good story.

Families, as well, can’t have multiple focuses. It’s easy to get distracted by a million different good ideas in parenting and specialties, but each family has to keep a simple, eternal focus and work hard.

BOTH REQUIRE ME TO SHARE. Sharing on social media, in the news, and everywhere you can is what you do to get people to see your movie. Without it, you can’t influence many people, or consider making more movies.

As a mom, I need other moms’ perspectives and stories. It helps me be a better mom by knowing I’m not alone and opens my mind to different perspectives. And I, in turn, try to be honest about my parenting experiences with others.

This movie is a new story and there is value in sharing it. It contributes to an important, grossly underrepresented film category about Mormon women and young women. I’m so grateful to have been part of finally making a story about “us.”

See a preview of Once I Was a Beehive below!