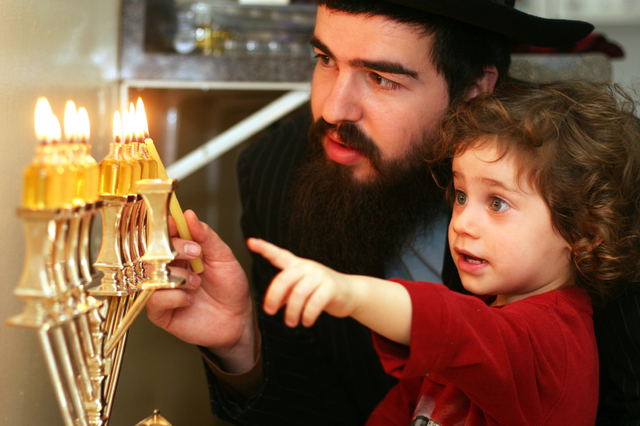 How Many Jews Have Become Mormon & Why They See No Contradiction

Read these incredible conversion stories from Jews across America. Here's just one example: "When Mitch Cowitz, a native of Toronto, told his Jewish parents he was interested in converting to Mormonism, they were aghast, insisting he meet with rabbis and someone from an anti-cult group.

“They did everything but try to disown me,” Cowitz recalled.

Probably hundreds of Jews across the U.S. have adopted the Mormon faith, but that doesn't mean it's replaced their Jewish heritage.

Phyllis Miller’s experience growing up in Southern California wasn’t much different from that of many American Jews.

► You'll also like: What Happened When My Rabbi Told Me to Read the Book of Mormon

The product of an intermarriage — her mother wasn’t Jewish but later converted — Miller’s family attended synagogue occasionally, kept the kids home from school on the High Holidays and ate matzah on Passover.

But Miller’s religious life took an unusual turn in her high school years in San Diego, when she embraced the Mormon church.

Read the rest of this story at haaretz.com