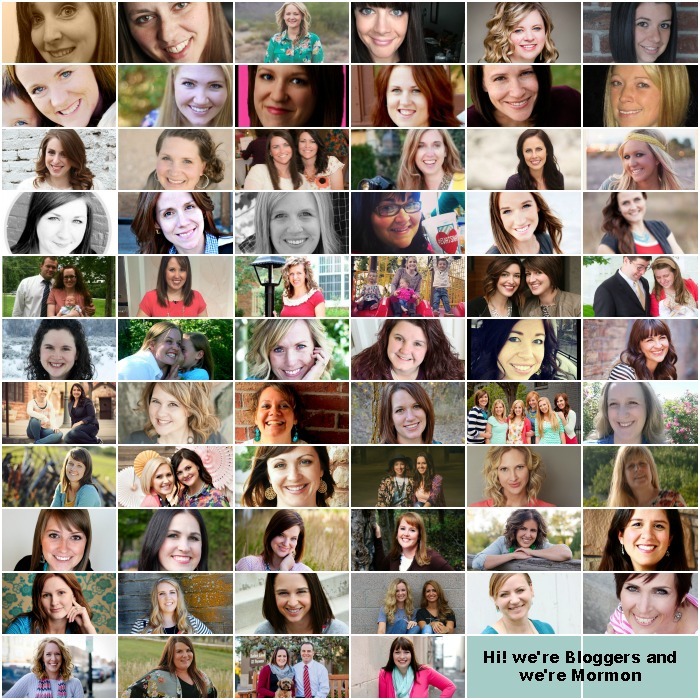 How ‘Meet the Mormons’ Became a Hit Movie In One Weekend

How did the film Meet the Mormons have such a successful opening weekend?

It is a film that (1) wasn’t produced by a movie studio, (2) was made by a church who has never before released a film to movie theaters, (3) didn’t have a large advertising budget, and (4) donated all the net proceeds to charity.

The movie was produced by The Church of Jesus Christ of Latter-day Saints in response to the pop culture confusion about who Mormons are. Its documentary-style approach highlights the lives of six members of the Church and shows how their faith inspires them to live Christian lives.

The movie opened in theaters across the United States on October 10. Critics gave it less than glowing reviews. Movie-goers loved it. Critics hoped for an in-depth investigative exposé on Mormon doctrine, church history, and contemporary social issues. Movie-goers enjoyed the non-preachy universal values portrayed in the lives of these Mormons from around the world. For example, Bishnu Adhikari leads humanitarian efforts in Nepal and Navy football coach Ken Niumatalolo prioritizes his family responsibilities over the pressure to spend his Sundays reviewing game tapes. A quick search for the hashtag #MeetTheMormons on any social media channel produces thousands of overwhelmingly positive comments and video reactions.

This article is about how members engaged in social media to spread information about the movie that contributed to its successful opening weekend.

In a talk at BYU Education Week in August, Elder David A. Bednar encouraged members to use social media to flood the earth with gospel messages. He announced that Meet the Mormons would be released in theaters in October and encouraged members to share the movie with family and friends. This challenge began a tidal wave of efforts by thousands of members to use social media to #ShareGoodness and to promote the movie.

Members began sharing information about the film using the hashtag #MeetTheMormons, using images from the Facebook page and the website MeetTheMormons.com. To date, there have been more than 60,000 mentions of that hashtag on social media, websites, and news stories.

The more people heard about the film, the more they wanted to see it. Many people took advantage of the “Request the Film” button at MeetTheMormons.com to request that the movie be shown in more cities. Because of requests driven by word-of-mouth and social media, by opening weekend, the film was scheduled on twice as many screens as initially planned.

In Meet the Mormons, each of the characters demonstrates attributes of faith in their daily lives. Members responded to challenges to share photos about the attributes of #unity, #teamwork, #service, #family, #community, and #love.

A member created a Facebook event “I’m a Mormon Profile Picture Week” that encouraged Mormons to change their Facebook profile picture to an image that stated, “I’m a Mormon.” The week-long event occurred the same week that Meet the Mormons was released to theaters. The nearly 107,000 people who joined the event helped energize Mormon social media enthusiasts.

The American Red Cross was also active with social media and contributed significantly to the overall share of voice. They plan to sponsor a "movie night" on their Facebook page for the weekend of October 24.

Meet the Mormons was also promoted on social media by a free release of the song “Glorious” from the movie soundtrack, sung by David Archuleta. In the first 7 days, a music video of the song was watched over one million times and the MP3 song was downloaded over a quarter of a million times. Followers and fans of Meet the Mormons and David Archuleta were quite enthusiastic. Soundtrack clips from each of the six stories were also released as free downloads.

BYU Athletics hosted Meet the Mormons tailgate parties before each home football game and social media played a role in getting people to the film’s booth. They also featured the movie prominently on their website and sport-specific Facebook pages which reaches approximately 4 million BYU fans.

Advanced screenings of the film were provided at BYU Education Week and in a few select cities. Those who saw the movie began blogging, tweeting, and posting about their reactions to the movie.

On Tuesday of opening weekend, Mormon celebrities were invited to a premiere to see the movie and meet the cast. Elders Jeffrey R. Holland and David A. Bednar hosted actors, musicians, sports stars, government leaders, broadcasters, and other prominent people. Attendees then used social media to share photos and videos with their millions of followers (for example, David Archuleta, Stephanie A. Nielson, Stuart Edge, Shay Carl, Marie Osmond, and Tiffany Alvord).

The long-term success of movies depends on how well they perform on opening weekend. For Meet the Mormons, opening weekend was tricky. The focus was to invite members of the Church to see the movie, expecting that their enthusiasm and word-of-mouth endorsements would attract others who aren’t members of the Church. A complicating issue is the fact that most Mormons don’t go to movies on Sunday because of the faith's emphasis on Sabbath observance. This meant that the movie had two days instead of three to get its primary viewership to attend.

But opening weekend proved even better than expected. Meet the Mormons was number 10 in the nation in box office receipts. It was number one in 100 of the 317 theaters on opening day, with sold-out showings reported across the country, including New York City, Detroit, Miami, Salt Lake City, Las Vegas, Dallas, Phoenix, Anchorage, Honolulu, and various locations in California.

Amid the field of competitors, Meet the Mormons ended up being the David amid the Goliaths. After the expected slow Sunday, it had a terrific Monday, putting the film onto the list of the Top 100 documentary films of all time. It has since moved up to number 45.

The movie earned $2.5 million during the opening weekend. Great profits for the Church, right? Actually, the Church will donate all the net proceeds (after distribution costs) to the American Red Cross. The Church paid to produce the movie and won’t make a dime from it.

The following weekend, the film increased to 333 screens and plans to add a significant number of screens the next weekend.

Mormons are familiar with the term “hastening the work” from the scriptures, referring to the fact that God will accelerate His work in the latter days. Mormons interpret that to mean not just a quickening of the pace, but also doing things in a different way.

The movie was originally commissioned under the assumption it would play for three to five years at a single theater at the Church’s Temple Square in Salt Lake City, Utah. But positive feedback from pre-screenings encouraged a broader distribution. Although the Church still plans on showing the film at Temple Square and at a few dozen other visitor centers for years to come, the Church leadership determined to distribute the film more broadly in theaters, in digital channels (such as Netflix, Roku, and Amazon Instant Video), cable television, DVD, and mobile apps. Although the Church has produced and distributed hundreds of movies internally, this is the first to be distributed in public theaters.

Motion picture studios typically spend millions of dollars advertising the release of movies. The Church took a different approach. Aside from a few TV, radio, and billboard ads primarily around Salt Lake City, they relied mostly on the grass-roots efforts of members on social media and word of mouth to publicize the film. Members stepped up to the plate and showed ingenuity and creativity to successfully share the message of Meet the Mormons with millions.

If you haven’t yet seen the movie, I heartily endorse it. Find a theater near you at MeetTheMormons.com.