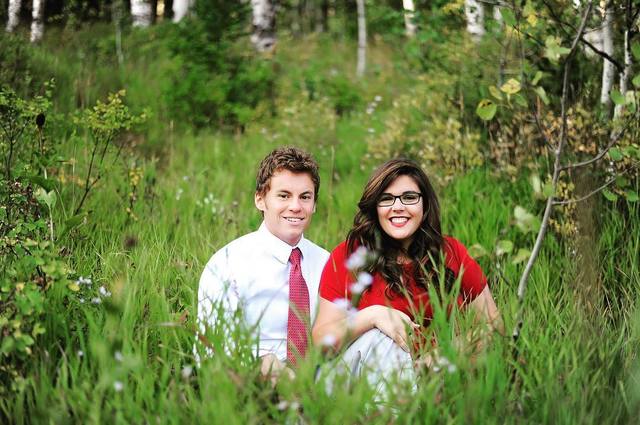 Troy Van Meter grew up attending The Church of Jesus Christ of Latter-day Saints. He learned the Primary songs, made a few friends, and did the usual dance as time waltzed by.

Then came the teen years.

Troy can’t remember exactly how often he attended church during high school, but he suspects he could count the Sundays on one hand. “I think I went on Mother’s Day or for my mom’s birthday, if that’s what she wanted.”

He can’t pinpoint a single reason for drifting off the path he’d always known. It was some combination of boredom, not connecting with others in the youth program, and making choices Monday-Saturday that dulled the Spirit and made sleeping in on the Sabbath an easy call.

A Knock on the Door

At the end of his senior year in 2014, as the spring days sprang along, Troy felt a hole in his heart that he didn’t quite know how to fill. “It was the end of June and I wasn’t joyful,” Troy told me during a recent interview. “I’d be with my friends and I’d be happy, but ultimately at the end of the day, I felt empty again.”

Then one night a knock at his front door changed his life.

Standing boldly in the early-evening light, Troy found Jon Anderson, a longtime family friend and active member of their Berryville, Virginia, ward. He was joined by two full-time missionaries, and the four men sat in chairs on the front porch.

It wasn’t the first time Jon had tried to connect with the struggling teen. He’d been to their home before and invited Troy to church, only to win a commitment but never actually find him in a pew. Troy remembers one night when Jon visited him at work, but when Troy saw his persistent friend coming, the young man literally ran and hid.

“Looking back,” Troy explained, “I can see how many rescues they attempted. I can’t even count. Once, on my 18th birthday, all the young men took me to dinner and made me a cake, but even that didn’t get me back to church. I didn’t recognize all the effort they were putting in. But they never gave up.”

Back on the porch on that memorable June night, Jon said they’d been visiting other church members in the area when he felt the distinct impression that he and the missionaries needed to come by.

A Question That Changed His Life

“I thought I was a lost cause at this point,” Troy said. “The Church had made so many attempts that I was on the 'do not disturb' list, so to speak. But Jon, being the man he is, listened to the Spirit and had faith in his impressions.”

After some small talk, Jon posed the question Troy considers the most important anyone had ever asked him. “Troy, what are you doing with your life?”

He answered that he’d been working a part-time job and was thinking of enrolling at a nearby community college.

“Have you ever thought about serving a mission?”

“That’s not a question I thought anyone would ever think to ask someone in my shoes. I told him I was able-bodied, but not worthy.”

Jon’s response was loving, kind, and firm. “Well Troy, you can get worthy. Just meet with the bishop.”

Three days later, he sat across the desk from a loving bishop—Michael Groll—and wrapped himself in the gift of the Atonement of Jesus Christ.

Within a month, Troy was ordained a priest.

In November, Troy was ordained an elder.

In February of 2015, Troy went to the Washington D.C. Temple.

A month later, Troy Van Meter became Elder Van Meter and reported to the Mission Training Center in Provo on his way to a mission in Farmington, New Mexico.

In 2017, Elder Van Meter returned home a very different man. Those he served with called him one of the very best missionaries they’d ever been honored to work with. 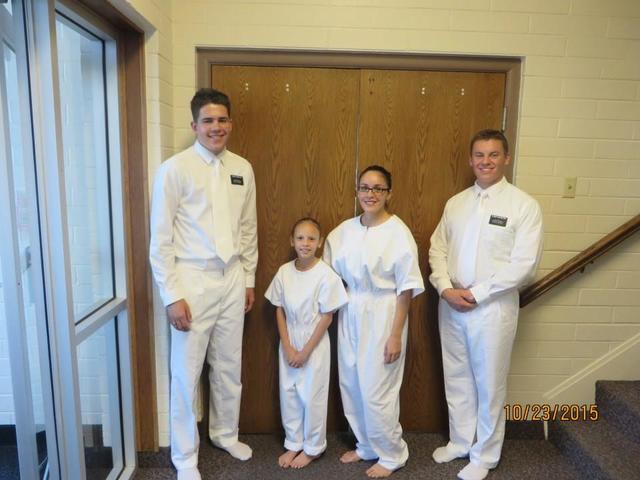 Within a few weeks, Troy met a young woman from another ward in his home stake. She was also a recently returned missionary, and back-to-back bowling dates were enough for them to realize something was happening.

Six months after they met, Troy dropped to one knee and proposed.

During our interview, I asked Troy whom he most credits for his return to activity. While he’s eternally grateful to Jon Anderson and the elders who visited that fateful night four years ago, he’s quick to thank his entire ward family for never giving up on him. It would have been easy to punch out on a wayward teen who ignored invitations because he was too busy filling the hole in his heart with everything the world could offer.

But his rescue was the perfect team effort by a bishop, the ward council, home teachers (now called ministering brothers), and other young men and young women.

Because his church family loved him unconditionally and was both patient and persistent—and because someone ministered in the Savior’s way at the right time—Troy’s life changed forever.

He went to the temple.

He served a mission.

He met the girl of his dreams and married her in the temple.

Now, they’re having a child.

But the real story here isn’t about Troy. It’s about all the other Troys in the Church who run when we show up, pretend to miss our calls and texts, or promise to come and never do.

Maybe they’ll end up in the temple, maybe not.

But regardless of their destination, they will feel loved by you and the Lord.

So, the answer isn’t giving up or giving in.

The answer is continuing to love, minister and have faith that the right words and the right invitations will come in the right moment.

And then, just knock on the door. It could change a life.